Please ensure Javascript is enabled for purposes of website accessibility
Free Article Join Over 1 Million Premium Members And Get More In-Depth Stock Guidance and Research
By Rich Duprey - Jan 6, 2021 at 9:33AM

Investors became sweet on this natural-sweetener leader as it built out its portfolio.

Shares of Whole Earth Brands ( FREE 0.67% ) soared 31.5% in December, according to data provided by S&P Global Market Intelligence, a rally that began in earnest after analysts at Cantor Fitzgerald initiated coverage of the stock with an overweight rating and a $23 per share price target.

Cantor Fitzgerald analyst Pablo Zuanic sees Whole Earth as similar to Beyond Meat and Freshpet because of its focus on the better-for-you category of natural alternatives. 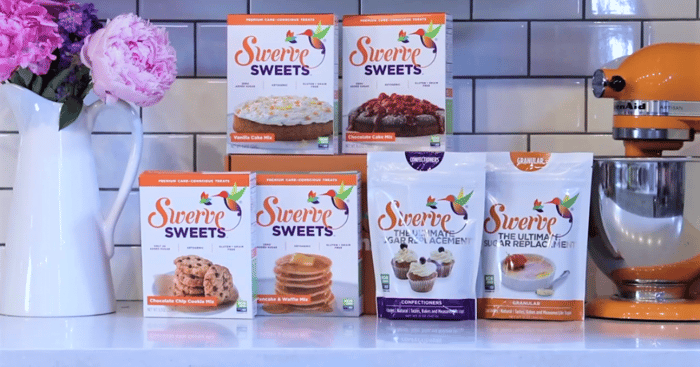 As if to underscore its agreement with that outlook, Whole Earth Brands followed up with an announcement it had acquired Wholesome Brands, an organic sweetener. It comes after its recent acquisition of Swerve, a manufacturer of sweeteners and baking mixes that have zero sugar and are said to be keto-friendly. 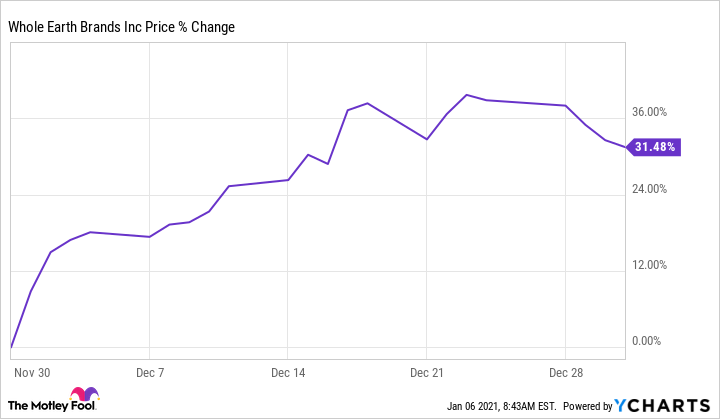 D.A. Davidson analyst Brian Holland says the CPG segment is a viable play on growing consumer interest in reduced sugar intake and natural substitutes, while its flavors and ingredients segment will be what provides the company with profit and cash. He set a $16 share price target.

Both analysts see large potential upside from the business, meaning the 10% pullback in its stock from its December peak could be seen as a buying opportunity.