If you realize what a pre-deal SPAC investment is, today's move shouldn't be too surprising.

Social Capital Hedosophia Holdings VI ( IPOF 0.10% ), a special purpose acquisition company (SPAC) headed by Chamath Palihapitiya that raised $1 billion in 2020, is soaring today. As of 3:10 p.m. EST, the blank-check company, as SPACs are called, had gained 9% after rising as much as 15% earlier in the day. And this move comes despite the fact that the SPAC is still looking for an acquisition target to take public.

The price move in this particular SPAC is certainly being fueled by today's announcement that another of Palihapitiya's SPACs, Social Capital Hedosophia Holdings V ( IPOE ), has agreed to acquire fintech start-up Social Finance (SoFi) and take it public. And it's worth noting that Palihapitiya's other pre-deal SPAC, Social Capital Hedosophia Holdings IV ( IPOD -0.39% ), is also sharply higher today. 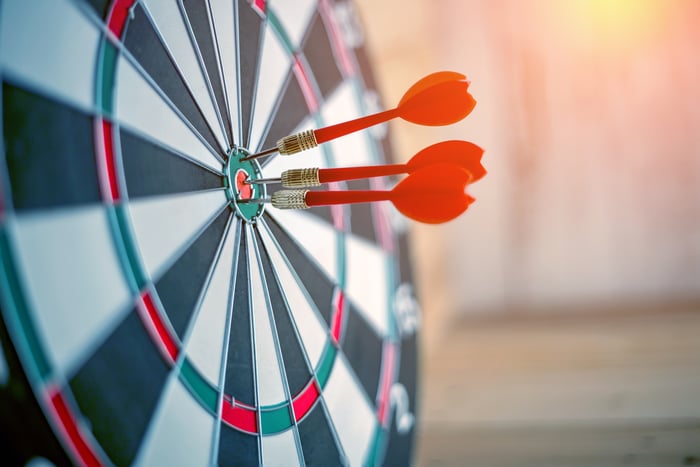 Investing in a pre-deal SPAC is essentially a bet on management, and it's tough to argue that any SPAC manager has a better record than Chamath Palihapitiya. His first three SPACs took public Virgin Galactic ( SPCE -6.63% ), Opendoor Technologies ( OPEN -5.09% ), and Clover Health ( IPOC ). And now with a fourth high-interest company deciding to go public via a Social Capital Hedosophia blank-check company, it's not surprising that investors are placing their bets on the famous venture capital investor to find a fifth and sixth target.

While there's no denying that Palihapitiya has an impressive record in SPAC mergers, it's important for investors to know that they're paying a significant premium to the net asset value of these pre-deal SPACs (which is roughly $10 per share). If he can execute and find impressive acquisition targets for the tickers IPOF and IPOD, it can end up being well worth it, but buying these pre-deal SPACs is certainly a speculative investment at these levels.

Out of More Than 400 SPACs Searching for Targets, Here Are the 5 I'm Most Confident In

Should You Invest in SPACs? Here's What Chamath Palihapitiya Thinks