Despite a raging pandemic that wrecked broad swaths of the economy, many growth stocks enjoyed blockbuster gains in 2020. With a new year upon us, investors are looking for opportunities that can deliver similarly strong returns for 2021. After scouring the tech sector for promising candidates, my highest-conviction growth stock to deliver market-beating returns this year is Corsair Gaming (NASDAQ:CRSR), which went public in September. 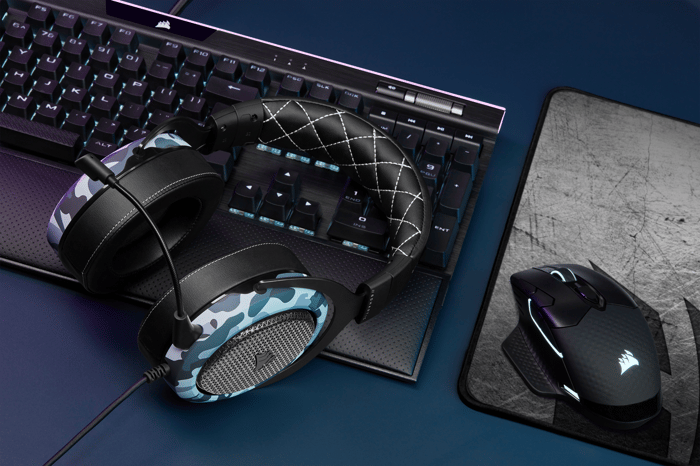 Corsair has been around for decades, offering PC components like high-performance memory and power supplies, as well as peripherals like keyboards and mice, along with computer cases catered to gaming enthusiasts. That's been the core of Corsair's business for the majority of its history, and if it sounds like a somewhat boring and relatively low-margin hardware endeavor...that's because it is. Or rather, was.

But in the summer of 2018, Corsair made an important strategic pivot with the acquisition of Elgato Gaming: The company was going to bet big on live-streaming. Elgato is one of the leading providers of live-streaming gear like capture cards, content control panels, and green screens. Corsair followed up this acquisition with the 2019 purchases of Origin, which makes high-performance custom PCs, and SCUF, which makes controllers and headsets. In late 2020, Corsair scooped up EpocCam, which turns smartphones into high-definition webcams, and Gamer Sensei, a paid game coaching platform.

That's a lot of acquisitions, but when you put them all together Corsair has created a vast ecosystem of complementary offerings that all cater to various aspects of the esports and live-streaming boom. It's not an exaggeration to say that the shopping spree is transformative to the business. Corsair has dramatically expanded its market share in numerous categories, and now leads in several.

Live-streaming is an unstoppable megatrend

The rise of live-streaming and esports is not particularly new, and the COVID-19 pandemic certainly accelerated adoption -- total hours watched across all live-streaming platforms skyrocketed by 92% year over year to 7.5 billion hours in the third quarter, according to Streamlabs. At the same time, live-streaming is still in the relative early innings.

On Corsair's first earnings call as a public company, CEO Andy Paul noted an incredible statistic: The vast majority of streaming channels have less than 100 viewers. What that data point suggests is that most streamers are not expecting to become the next blockbuster star making millions in ad revenue but are instead investing in streaming gear simply to engage with relatively small online communities. Live-streaming channels are becoming "social sharing mechanisms," according to Paul, which means that the market opportunity includes just about anyone that might be interested in casually streaming. 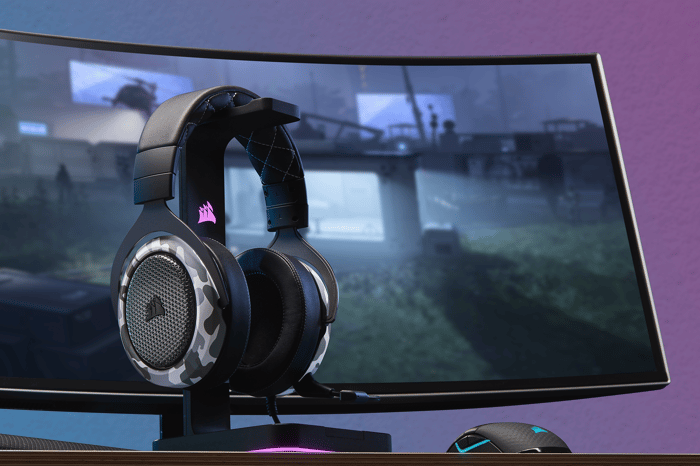 Sure, the company's core customers are gaming enthusiasts who spend anywhere from $1,000 to $1,800 on streaming equipment, but there is considerable opportunity to serve casual streamers that are willing to invest a few hundred dollars into a streaming setup.

Perhaps most importantly, Paul does not believe that the surging demand is merely a pull-forward effect from future quarters. Much of the growth is coming from first-time customers who are now discovering streaming for the first time, and many customers end up spending more over time just like they would with any new hobby.

As far as financials go, sales are marching steadily higher at impressive rates. Revenue jumped 61% in the third quarter to $457.1 million, and Corsair boosted its full-year guidance at the end of November because momentum has been strengthening throughout Q4. The company now expects revenue in 2020 to be in the range of $1.65 billion to $1.67 billion, representing 51% growth compared to 2019 at the midpoint. That also translates into a forecast of about $512.5 million in revenue in the fourth quarter. 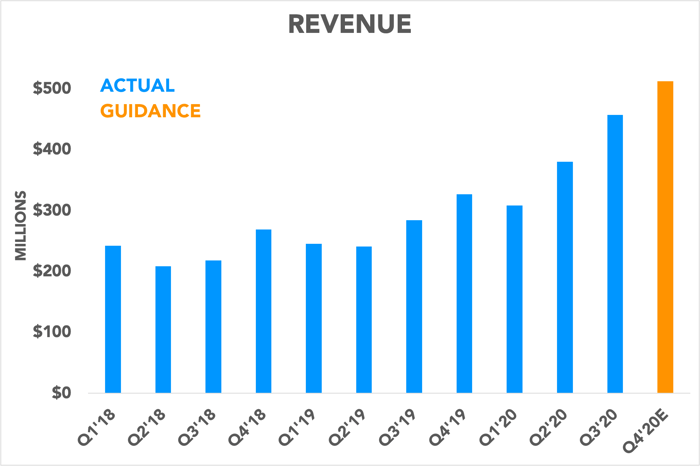 Some of the growth was attributable to acquisitions, but CFO Michael Potter noted that organic growth in the third quarter was still 52%, hardly worth complaining about. It's also encouraging that gross margin is rapidly expanding, thanks primarily to a mix shift toward more profitable products like SCUF offerings and streaming equipment.

"This is a great overall story and formula for continued overall margin expansion, as our fastest-growing and highest-margin segment also sits in our largest market," Potter added. 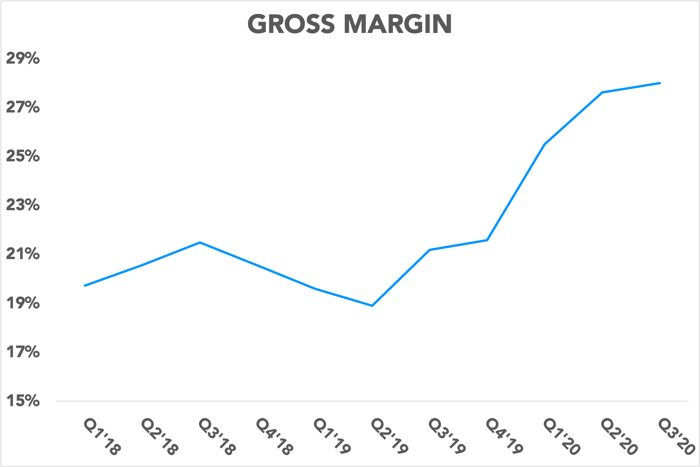 Corsair is also expanding its direct-to-consumer (DTC) channel, as Origin and SCUF were already primarily generating revenue through DTC sales. Approximately 25% of Corsair's revenue in the first three quarters of 2020 came from Amazon.

The company raised net proceeds of $118.6 million through its IPO (with certain selling stakeholders raising $120.7 million), of which $86.6 million was used to pay down existing debt and strengthen the balance sheet. Corsair still has $376.1 million in total long-term debt, which is a meaningful debt load.

Corsair has about $120 million in cash on hand and another $48 million available through a revolver, which should be ample liquidity as it works to pay down debt with operating cash flow while still funding growth. For what it's worth, credit rating agencies recently upgraded its debt ratings, as the company is posting strong revenue growth and its leverage ratio continues to steadily improve.

Corsair is smaller than larger rival Logitech (NASDAQ:LOGI), both in terms of its revenue base and its market cap. But that could also suggest that Corsair has more upside potential if the company can continue to execute well. Additionally, Corsair is trading at a discount to Logitech, based on its price-to-sales multiple, although Logitech is admittedly growing a bit faster.

Logitech is a competitive concern since it also serves the gaming market and has a strong brand, but the overall market is growing so rapidly that there should be room for multiple winners.

The other prominent risk is that Corsair is majority controlled by EagleTree Capital following a 2017 investment. The private equity firm holds nearly 80% of shares outstanding and wields majority voting power as a result. Public investors won't have much say in strategic decisions or other voting matters, and the float will also be a relatively small proportion of total shares outstanding.

Lock-up agreements will expire about six months after the IPO, at which point nearly 78 million shares will become available in the market. That could create some volatility in a few months, particularly if EagleTree starts to unload some of its position.

Based on my conviction in the overall thesis, I purchased an oversized position in Corsair last week (relative to my typical starting position size), because Corsair looks like it has a bright future as it continues its evolution into a powerhouse for live-streaming gear.