On Dec. 14th, 2020, Electronic Arts (NASDAQ:EA) announced its intention to buy United Kingdom gaming studio Codemasters (LSE:CDM) for $1.25 billion. EA's bid is at a 14% premium to the price Take-Two Interactive (NASDAQ:TTWO) offered in November. The deal is not yet finalized, but as of now, it looks like EA is the front-runner to acquire the studio. Here's what investors need to know about the racing-focused gaming company. 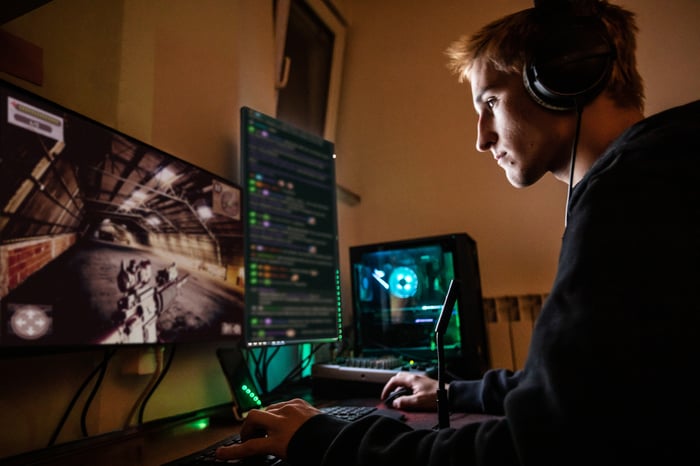 Codemasters is a 30-year-old British video game developer with a specialty in the racing genre. DiRT, GRID, Project Cars, and Formula One are some of its top franchises. None of these are household brands, and they don't have the name recognition of something like a FIFA or Call of Duty, but the titles are popular with racing fans of all types. For example, DiRT Rally 2.0, the company's rally car game, just hit 9 million users.

Since Codemasters trades publicly on the London Stock Exchange, we can look at its financials to see what EA shareholders will be getting, and at what price. Over the last 12 months, Codemasters brought in around $151 million in revenue and generated $28 million in net income. It also had $74 million in free cash flow (FCF), giving it a juicy 49% FCF margin. A near-50% FCF margin is likely not sustainable over the long term, and historically Codemasters' FCF margin has been closer to 40%, but it shows the quality of the business nonetheless.

At a proposed buyout price of $1.25 billion, EA would be acquiring Codemasters at a price-to-sales (P/S) ratio of 8.3 and a FCF multiple (market cap divided by trailing FCF) of 17. This is a bit of a premium to EA's 6.6 P/S ratio, but nothing so concerning that investors should think the company is overpaying for these assets. In fact, with buyouts like this, it is typical for the acquired company to go out at a premium valuation.

Why EA wants to own it

EA also wants to add Codemasters' games to EA Play, the company's subscription service. At $4.99 a month or $29.99 a year, the service offers discounts, exclusive content, and unlimited access to a collection of EA's games. If Codemasters' catalog is added to the service, the value proposition of EA Play will go up, which hopefully will drive more users to subscribe. And if more people subscribe, that means more recurring revenue for EA.

Lastly, EA may be buying Codemasters because it, well, quite frankly, has too much cash. At the end of last quarter, EA had almost $6 billion in cash on its balance sheet and generated almost $2 billion in FCF over the last 12 months. Yes, this is a good problem to have, and it may end up being a smarter move just to buy back its own shares, but acquiring another business at a reasonable price is smarter capital allocation than just leaving idle cash invested in government bonds.

Overall, while it won't become a giant part of EA's business, acquiring these racing games makes the EA Play subscription service a better value proposition and solidifies EA as the top studio for racing games. Investors in EA should be excited about its consolidation of the racing game market and happy that it looks like the acquisition will go through at a reasonable price.