MGM Resorts International's (NYSE:MGM) revenue continues to crap out as we enter 2021. Although its casinos have basically reopened, the lingering effects of COVID-19 have made it hard to bring many of its former customers back.

Indeed, the stock has risen steadily since the March lows, and some may see MGM as a top bet in 2021. Nonetheless, the lack of a recovery in revenue could mean that the stock faces long odds over the next year. Let's take a closer look to find out why.

MGM's decline and struggles to recover

MGM operates resorts in Las Vegas and across the U.S. However, in recent years, the Chinese gambling mecca of Macao has accounted for most of the company's revenue.

In the most recent quarter, overall revenue for the company fell by 66% from year-ago levels. Not surprisingly, the state of the MGM China division has exacerbated the company's dilemma.

In the latest quarter, MGM China's net revenue fell by 94%. During that time, China has only reported a negligible number of cases of COVID-19. 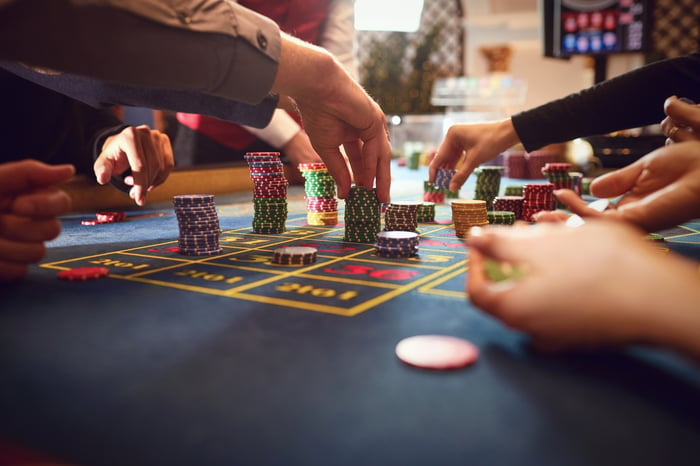 However, the near-elimination of COVID-19 in China has done little to bring gamers back to the casinos. In the month of December, monthly gross gaming revenue had fallen 66% from December 2019. Revenue has improved from June when the year-over-year decline was 97%. Nonetheless, these numbers indicate that Macao is a long way from a recovery.

The state of MGM stock

Worse, for investors, the window to buy MGM stock at a discount may have already closed. The stock lost more than 80% of its value in February and March of last year as casino closures led to massive selling.

Nonetheless, the stock rallied in the months after that decline. Today, it sells for only approximately 10% less than its pre-pandemic high. 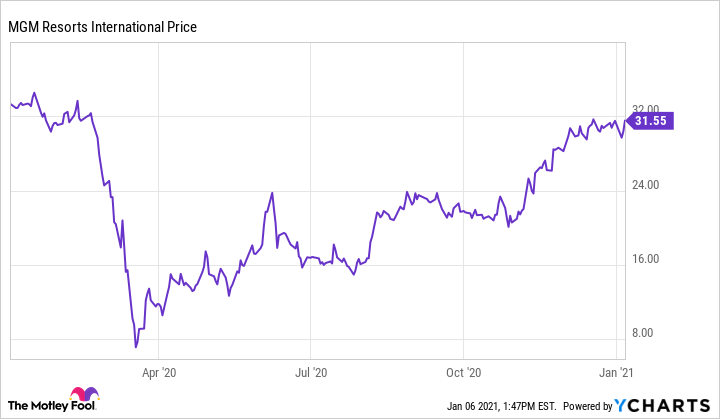 Still, the rising stock has taken the price-to-sales (P/S) ratio to 2.2. While this is not a high multiple, stockholders had become accustomed to paying closer to the stock's average P/S ratio of about 1.5.

Additionally, gamblers may not return to the casinos anytime soon. If customer patterns in the U.S. follow those in Macao, investors may decide not to place further bets on MGM. This could mean that the stock gives back some of its recent gains.

MGM one year from now

COVID-19 continues to cast a shadow over the casino industry. Unfortunately, stopping the spread of the contagion may not lead to an immediate revenue jackpot for MGM.

Despite a bleak outlook, this has not stopped MGM stock from recovering most of its post-pandemic losses. Still, this higher stock price leaves bulls with few good bets.

Given the state of MGM China, a faster-than-expected recovery in casino revenue appears unlikely. Moreover, if the U.S. gaming industry recovers as slowly as Macao, investors could lose faith and sell off this consumer discretionary stock.

MGM Resorts should eventually move past COVID-19. Nonetheless, given the state of the contagion and the slow recovery taking place in China, investors should consider leaving their chips off the table over the next year.