On Sunday night, a onetime employee of Chinese e-commerce giant Pinduodo (NASDAQ:PDD) -- identified in media reports only by a surname, Wang -- aired a set of grievances against the company in a video.

Wang also shared a photo of an ambulance that allegedly came for a worker who collapsed during their shift. That photo was posted on a Chinese job search site. This incident apparently occurred last Thursday, Jan. 7.

A colleague at Pinduoduo, who was not named in news reports about the incident, said Wang's allegation was incorrect, and that the stricken employee had an enterospasm that necessitated hospitalization. The company backed this employee's assertion. 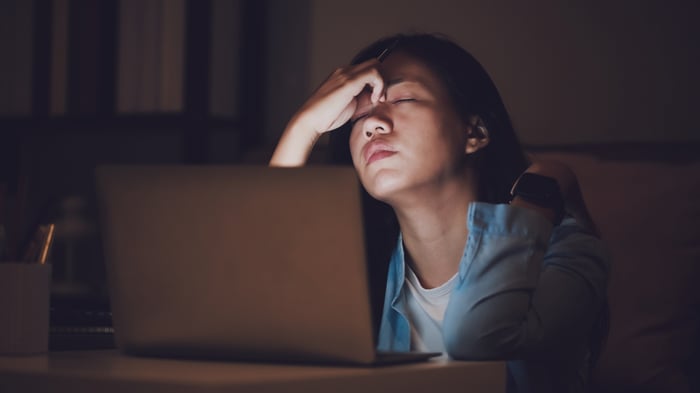 Wang claimed that Pinduoduo fired him after he posted the photo. Pinduoduo said that he was terminated instead for posting "extreme remarks" on social media that broke company rules.

In his video, Wang alleged that Pinduoduo requires workers to devote 300 to 380 hours per month to their jobs at minimum. That's above the roughly 290 hours considered by many to be standard in the hard-charging Chinese tech sector.

Citing one example, Wang claimed that the company's "grocery team at headquarters is required to work at least 380 hours a month and if you work less than that you'll be asked whether you have enough to do."

According to the Financial Times, Pinduoduo said that Wang's allegations are "not factual."

As of early morning Monday PST, the video had racked up over 2.2 million likes on popular Chinese social media site Weibo. It attracted many reactions both supporting and contesting Wang's allegations.

The video post comes after two Pinduoduo employee deaths within a very short time. One collapsed on her way home from work on Dec. 29, and one committed suicide last Saturday.