Shares of Intel (NASDAQ:INTC) rose sharply on Wednesday after the chipmaker announced a leadership change. As of 12:20 p.m. EST, Intel's stock price was up more than 7% after rising as much as 13.2% earlier in the day.

Intel CEO Bob Swan will step down on Feb. 15 and be replaced by VMWare CEO Pat Gelsinger. 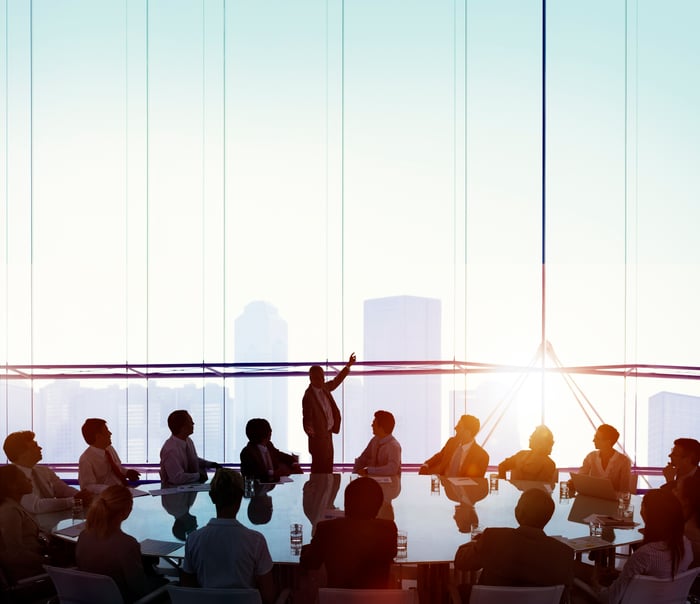 Intel has struggled with costly production delays during Swan's short tenure, which have allowed rival Advanced Micro Devices (NASDAQ:AMD) to take share in key markets such as data centers and gaming systems.

Intel's board of directors hopes that bringing in Gelsinger will help Intel win back market share from AMD and other competitors. Gelsinger has a strong technology and engineering background, including a 30-year stint at Intel prior to joining VMWare. "Pat is a proven technology leader with a distinguished track record of innovation, talent development, and a deep knowledge of Intel," said Intel board chairman Omar Ishrak in a press release.

To help allay investors' concerns as to the timing of the leadership change, Intel said it expects its fourth-quarter financial results to exceed its prior guidance, which had called for revenue and earnings per share of $17.4 billion and $1.02, respectively. Intel will also provide an update as to the "strong progress" it's made on its crucial 7nm process technology during its earnings call on Jan. 21.