A downgrade from an analyst might have something to do with it.

After more than doubling in value on Thursday, shares of Lexicon Pharmaceuticals (LXRX -5.75%) are giving up some of those gains on Friday. The company's stock was down by 13.7% as of 12:39 p.m. EST today, after dropping by as much as 18.6% earlier in the day.

The company did not report any news today, but we can probably attribute these losses to two factors. First, it is plausible that some investors are choosing to take some profits after Lexicon's rally yesterday. Second, the stock was downgraded by a Wall Street analyst.

It isn't every day that shares of a company rise by 105% in a mere 24-hour period, even in the highly volatile biotech industry. But on Thursday, Lexicon reported that it had received positive feedback from the Food and Drug Administration regarding one of its pipeline candidates.

The agency thinks the results from two phase 3 clinical trials for Lexicon's sotagliflozin can support a New Drug Application (NDA). The clinical trials in question investigated the cardiovascular efficacy of sotagliflozin in type-2 diabetes patients with worsening heart failure or with other heart-related ailments. 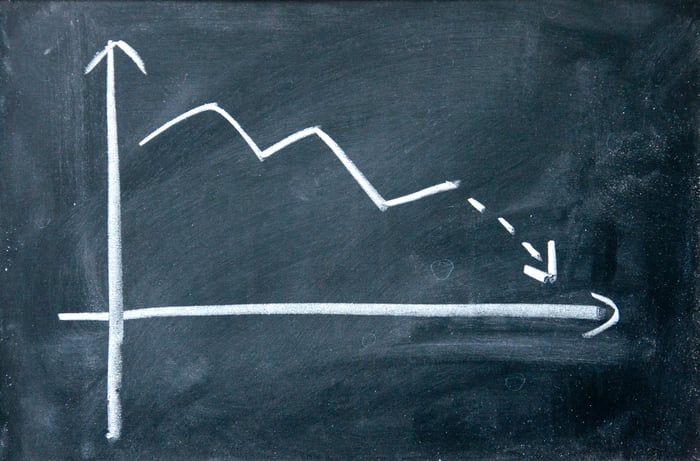 It is also worth noting that Citigroup analyst Yigal Nochomovitz actually raised his price target for Lexicon to $13, up from $6, and kept a buy rating on the stock. Given that Lexicon's shares closed at $8.05 on Thursday, the analyst thinks there is even more upside left for the healthcare company.

What should investors make of all this noise? Not much, in my view. Following yesterday's good news, it is certainly worth keeping an eye on how things develop for Lexicon. But for those willing to pull the trigger now, even after Lexicon's shares more than doubled yesterday, it's important to remember that the company's stock will likely continue to be volatile.