Please ensure Javascript is enabled for purposes of website accessibility
Log In Help Join The Motley Fool
Free Article Join Over 1 Million Premium Members And Get More In-Depth Stock Guidance and Research
By Lawrence Rothman, CFA - Jan 18, 2021 at 10:46AM

Can Starbucks keep the coffee brewing during these challenging times and continue to reward its shareholders?

To quote William Shakespeare, "Some are born great, some achieve greatness, and others have greatness thrust upon them." But when it comes to dividends, there are no shortcuts: The only way to become a great dividend company is to earn it.

With that in mind, let's take a closer look at whether Starbucks (SBUX 2.03%) has earned greatness.

Starbucks has built a loyal customer base by offering premium coffees, although it also sells other beverages and select food items. For the company's latest fiscal year, which ended on Sept. 27, 2020, revenue fell from $26.5 billion to $23.5 billion. However, management estimated that the steps it took related to mitigating the adverse effects of COVID-19 caused a $5.1 billion shortfall in Starbucks' top line compared to its expectation. 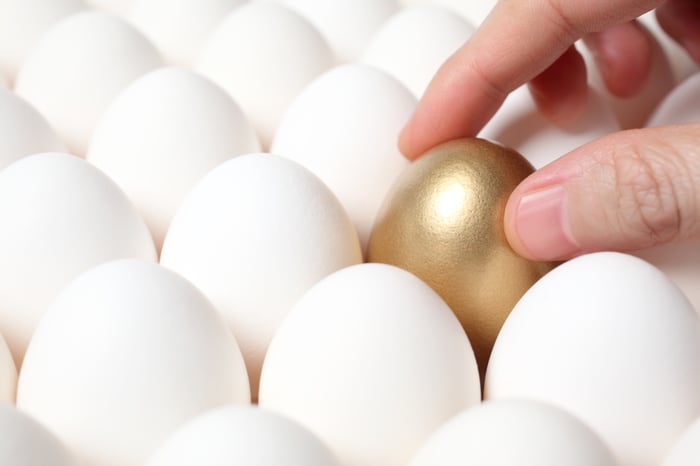 With the lower sales leading to diminished profitability, fiscal 2020's cash flow was hurt. There was barely any free cash flow after $1.5 billion in capital expenditures were subtracted from the company's $1.6 billion operating cash flow. Meanwhile, dividend payments totaled $1.9 billion. However, as everyone knows, 2020 was an unusual year, to say the least. Looking back a little further to gain perspective, 2019 was a more typical period. That year, Starbucks generated $3.2 billion in free cash flow, which was plenty to pay the $1.8 billion in dividends.

The good news is that business improved throughout the year, with fourth-quarter same-store sales down by 9% compared to a 40% drop in the third quarter. Management feels good about the future, calling for a comps increase of 18% to 23%. In Starbucks' two biggest markets, the U.S. and China, it expects a nice rebound.

Amid the pandemic, the board of directors increased Starbucks' quarterly dividend by 10% to $0.45 per share, starting with November 2020's payment. Since initiating a dividend in 2010, the company has consistently increased it annually.

The latest move brings the streak to a decade. In the press release announcing the hike, CEO Kevin Johnson stated, "The Board's decision to raise our quarterly dividend demonstrates confidence in the strength of our recovery and the robustness of our long-term growth model."

To recount, Starbucks typically generates a lot of cash flow, and it uses part of that to reward shareholders with higher dividends. Even in a challenging year for the company, it still sharply raised the payment. While there are companies that have raised dividends consistently for a lot longer, it does have a nice streak going.

Does all of this mean Starbucks has achieved dividend greatness? The answer is a reassuring yes.