Please ensure Javascript is enabled for purposes of website accessibility
Log In Help Join The Motley Fool
Free Article Join Over 1 Million Premium Members And Get More In-Depth Stock Guidance and Research
By Keith Speights - Jan 18, 2021 at 6:02AM

You might not hear much about them, but that could be a good thing.

Most of the business headlines you see relate to only a relatively small number of stocks. This could be a version of the famous Pareto principle at work: 80% of outcomes come from 20% of causes.

But while a select group of stocks receives most of the limelight, there are potentially big winners that aren't usually at the center of investors' attention. Here are three under-the-radar stocks that are great buys right now. 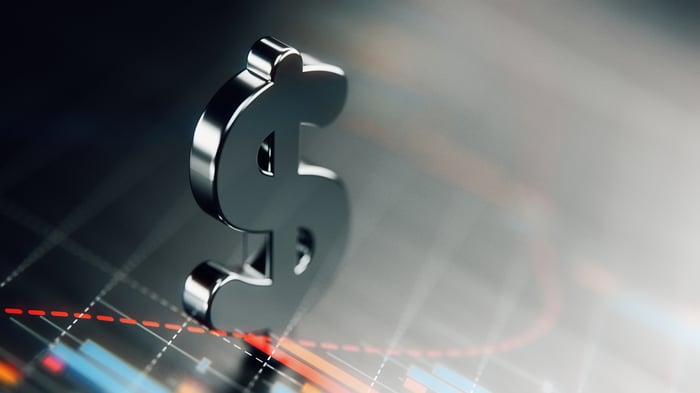 Ball (BLL -2.85%) is a 140-year-old company once best known for making jars -- which probably doesn't sound like the most exciting business. Today, Ball still makes jars. However, it focuses more heavily on making aluminum beverage cans. The company even has an aerospace division that works on military and space exploration projects. Now we're getting to some excitement, right?

I suspect that investors will get excited about Ball's performance. Between 2000 and 2020, Ball's stock price achieved a compound annual growth rate of over 18%. That's more than three times greater than the S&P 500 index's growth rate during the same period. Last year, Ball's shares soared 44% compared to the S&P 500's 16% gain.

The company should be able to keep its tremendous momentum going. Consumers and beverage companies are increasingly looking for sustainable alternatives to single-use plastic beverage containers. Ball's aluminum cans are perfect solutions. In fact, roughly 75% of all the aluminum ever produced is still in use today.

Ball's growth will also be boosted by the rising adoption of new product categories, including energy drinks, hard seltzers, and canned water. And while its aerospace unit remains a relatively small part of the company's overall business, the sales backlog for this unit is at an all-time high.

DermTech (DMTK -8.77%) takes the idea of skin in the game to an entirely different level. The company developed a noninvasive genomics test for diagnosing skin cancer. In the past, dermatologists had to conduct a visual assessment, then cut out part of the skin to get a biopsy to be analyzed. With DermTech's approach, an adhesive patch is applied to the suspect area, removed, then sent to a lab. Genomic analysis is typically available with 72 hours.

Sound like a great idea? DermTech thinks so. So do several major payers that have agreed to reimburse for the company's noninvasive genomic test for melanoma. Investors like DermTech's prospects: The healthcare stock skyrocketed 162% last year.

The company's potential market is huge. More Americans are diagnosed with skin cancer every year than all other types of cancer combined. And unlike the current approach used by dermatologists to diagnose skin cancer, DermTech's genomic tests provide high accuracy at a low cost.

DermTech's current product -- the Pigmented Lesion Assay (PLA) -- can only be used to diagnose melanoma. However, the company is developing another product called Luminate for testing individuals with ultraviolet ray damage and skin cancer risk. DermTech thinks these and other products on the way will open up a $10 billion annual market. With the company's market cap still under $1 billion, the stock should have plenty of room to run.

Nearly everyone wants health insurance for themselves and their families. For many Americans, their pets are part of the family. Your health insurer won't cover Fido, but Trupanion (TRUP -5.62%) will. The company is the leading provider of medical insurance for cats and dogs.

The COVID-19 pandemic resulted in more Americans working from home than ever before. That led to a perhaps unexpected phenomenon: Pet ownership soared. Trupanion's business boomed, with revenue jumping 31% year over year in its latest reported quarter. Its stock fared even better, zooming 220% higher in 2020.

Overall, the pet medical insurance industry is growing by a CAGR of 22%. Trupanion is growing faster than that. The U.S. pet insurance market is still only in its early stages, with a market penetration rate of around 1%. In the U.K., 25% of pets are covered by medical insurance.

With this kind of potential, Trupanion could possibly be a 10-bagger (delivering 1,000% gains or more) over the next decade. That kind of growth is even more likely with big supplemental insurance company Aflac (NYSE: AFL) now including Trupanion's pet medical insurance in its packages for organizations to offer to their employees. This relationship with Aflac might mean that Trupanion won't be an under-the-radar stock for much longer.