Please ensure Javascript is enabled for purposes of website accessibility
Log In Help Join The Motley Fool
Free Article Join Over 1 Million Premium Members And Get More In-Depth Stock Guidance and Research
By Billy Duberstein - Jan 21, 2021 at 7:15AM

Hova recently signed on with "The Parent Co.," but is this cannabis SPAC more sizzle than steak?

Could this be the year that legal cannabis becomes a reality nationwide? It certainly could be. After the Democrats took the White House and both houses of Congress, many expect some rollback of cannabis prohibition in the new administration.

Once cannabis becomes legal, how will competitors differentiate themselves? State regulations and limited licenses have afforded some early movers a protected position in certain states, but if and when prohibition ends, the competitive fervor may intensify.

In one of the most competitive states in the nation, California, a new SPAC backed by hip-hop mogul Jay-Z is betting big on celebrities and brand influencers to differentiate itself. But will this bold strategy work? 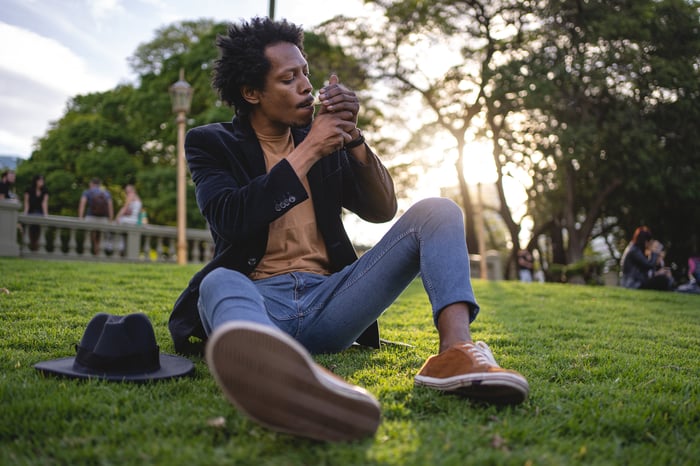 Subversive Acquisition initially raised $575 million in July 2019. Following the two transactions and some limited redemptions, it will change its name to "The Parent Company," or TPCO Holdings, and will have about $381 million to work with, according to management.

I'm not exactly sure where that other $200 million went, since management maintains there were "limited redemptions." Those could have gone to SPAC sponsors, as well as some individual Caliva/LCV shareholders slated to receive some of their buyout as cash, even though most will receive shares of the new company.

So is The Parent Company the Magna Carta Holy Grail of cannabis companies, or should you have Reasonable Doubt about this well-hyped cannabis SPAC?

The Blueprint for success

The Parent Company is ambitiously aiming to take over the largest cannabis market in the world. Analysts estimate the California cannabis market will rake in $3.6 billion in sales this year, on its way to $7.4 billion by 2025.

Now flush with cash, the company aims to consolidate the extremely fragmented market. It will put its celebrity investors and spokespeople out front to do it. Management notes in the prospectus that California has a whopping 6,061 cultivators, 1,159 distributors, 892 manufacturers, 705 retailers, and 313 delivery licenses. Yet only 20 brands have greater than 1% market share, with the top 10 brands making up just 30% of the market. The Parent Company believes it will continue to acquire smaller companies going forward to gain scale.

In 2019, Caliva partnered with Jay-Z, establishing 50-50 joint venture OG Enterprises. OG will manufacture and market Jay-Z's premium cannabis brand Monogram, which just debuted in retail stores in December. Jay-Z also has a 10-year contract as the company's chief visionary officer. Artists from his Roc Nation label will also provide "strategic and promotional services" for Caliva and its family of brands. This will likely mean promotions at concerts, events, or social media channels. In fact, Roc Nation artists Rihanna, Yo Gotti, and Meek Mill all participated in a recent follow-on private placement in November, buying into The Parent Company and putting their own skin in the game.

Not to be outdone, LCV licenses some brands for its own portfolio, including Marley Natural from the Marley family, Mind Your Head from the Grateful Dead's Mickey Hart, and Mirayo by Carlos Santana. Additionally, LCV also has seven other brands across flower, vapes, edibles, and CBD-infused drinks.

Another way The Parent Company aims to differentiate itself and lure customers: the company is committing $10 million to a new social equity fund to back minority-owned businesses, "with a goal of supporting efforts to dismantle structural racism in corporate America." The company has also committed to contributing 2% of the company's annual net income to the fund going forward.

The Parent Company hopes to win through superior branding and marketing via its big-name artists, while also rolling up other players and achieving outsized economies of scale in the largest cannabis market in the world. Clearly, The Parent Company's strategy is to go big or go home. 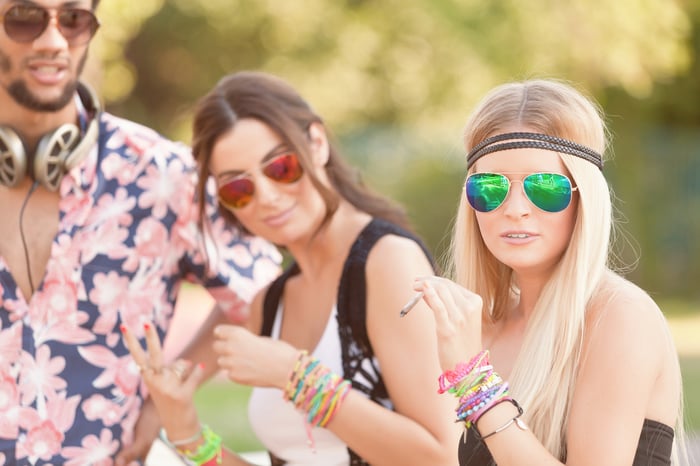 No doubt, The Parent Company's upside is exciting. However, there are also several big risks for investors to consider:

1. California is a tough market: Much like Canada, California has become somewhat notorious for making life difficult for legal cannabis companies. The obstacles include burdensome regulations, slow approvals, expensive infrastructure, localities that have barred the sale of cannabis in certain areas, and high sales taxes that have enabled a large illicit market, which some analysts estimate take in almost 30% of all cannabis sales in the state. In fact, of the many successful U.S. multistate operators today, most have avoided California altogether, or only have a small presence there, despite California being the largest cannabis market in the country.

Of course, that could be an opportunity. If smaller players fall by the wayside, it could open up market share or acquisition targets for large and well-funded players like The Parent Co. Still, investors should know the company will be operating in one of the most competitive and difficult legal markets there is.

2. Low gross margins: The competitive nature of California shows up in the combined companies' margins, which are low and still producing big operating losses. Though the combined companies recorded a hefty $148.4 million in revenue through the first nine months of 2020, gross margins were only 20%, far below other cannabis companies operating in friendlier states. Operating losses totaled $29.3 million and net losses were $54.3 million.

Yet to The Parent Company's credit, that's a vast improvement over its full-year 2019 performance, when it made $107.2 million in combined revenue, gross margins of 10.6%, operating losses of $91.5 million, and net losses of $165.3 million.

So the good news is that prior to the merger, the company was already improving. The bad news? It's still a tough and competitive market.

3. Celebs get paid; do shareholders? Finally, another concern is that all of the celebrity clout doesn't come for free. Jay-Z himself will make out quite well, receiving shares via his 50% ownership of Monogram JV OG Enterprises, and he will also get paid three million shares upfront for the 10-year branding contract, with the potential to earn one million more shares based on certain stock price appreciation hurdles. Meanwhile, Roc Nation will receive $25 million in stock upfront, with another $7.5 million in stock each of the next two years under its own three-year agreement.

The terms of the licensing agreements for LCV's deals with the Marley Family, Mickey Hart, and Carlos Santana aren't disclosed, but one can imagine they will also dig into company margins.

Can TPCO turn a two to a four, four to an eight?

No doubt, the upside of The Parent Co. is enticing. Top celebs are banding together to promote their cannabis line in the world's biggest market, with the funding to back it up. However, investors should know the new company is a risky proposition, its celebrity endorsers are getting lots of shares just for lending their time and their name, and the California market is perhaps the most difficult in the nation to make profits.

In that case, I certainly wouldn't put a lot of your portfolio or even the majority of your cannabis stock allocation in The Parent Co. However, TPCO Holdings would be a fine speculative addition to a basket of several U.S. cannabis stocks, which is probably the best approach to play the end of pot prohibition.