Here's how value investing can fit into your retirement portfolio.

If growth and value investing were people, Growth would be the extroverted friend who's mostly a good time but can sometimes get you into trouble. And Value is your understated pal who's less exciting but somewhat more reliable. Both are great to have around. But when you're ready to take a more defensive stance in your retirement account, your pal Value could be the one you lean on to get the job done.

Value investing involves finding and buying securities that seem to be underpriced by the market. The value investor is a bargain hunter, looking to buy stocks for less than their intrinsic value. Identifying those positions involves analysis of the company's financial metrics and business model relative to its peers. The thinking is that the market will eventually recognize the value of those underpriced stocks and the shares will rise. 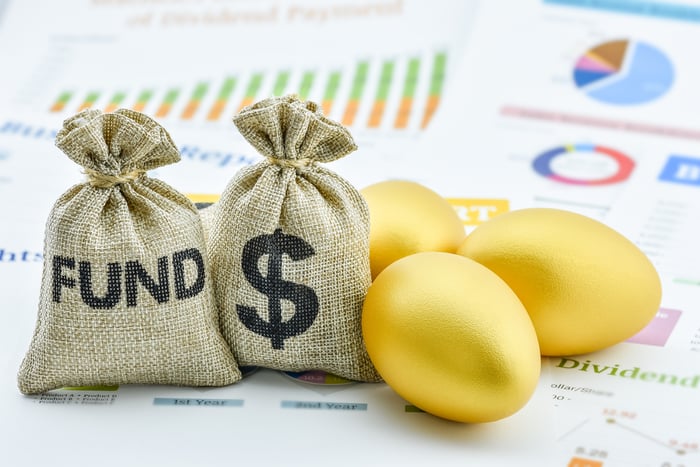 That price appreciation can materialize slowly, though, which means value investing is a long-term play. Fortunately, value companies usually have strong fundamentals, which makes them good candidates to buy and hold for the long term anyway. Many pay dividends as well.

Here are three value ETFs that may have a role to play in your IRA.

The SPDR Russell 1000 Yield Focus ETF (ONEY 1.33%) builds its portfolio around value-oriented, dividend-paying components of the Russell 1000 index. The fund isn't a pure value play. It uses an algorithm to rank Russell 1000 companies on value, quality, small size, and yield, with yield being the highest priority. The rankings are weighted by market capitalization, and a weight threshold determines which stocks are included in the fund. The resulting portfolio of some 280 companies slants toward value mid caps and produces a dividend yield of 2.75%.

The ETF has sector concentrations in consumer discretionary, financials, and industrials. Top holdings include Ford Motor Company, HP, Marathon Petroleum, and Delta Air Lines. Since the fund's launch in 2015, it has grown 10.28% annually on average. Assets under management total $492 million, and the expense ratio is 0.20%.

The iShares Core S&P U.S. Value ETF (IUSV 1.52%) is a true value fund. Its benchmark index is the S&P 900, which combines the large-cap S&P 500 and the mid-cap S&P 400. The top 10 holdings include names you'll recognize, such as Berkshire Hathaway, JPMorgan, Walt Disney, and Johnson & Johnson. It's appropriate that Berkshire Hathaway is the fund's top holding, representing nearly 3% of the portfolio, given that Warren Buffett is among the world's most successful value investors.

If you want something on the bolder side of value, the Vanguard Russell 2000 Value ETF (VTWV 2.40%) tracks the Russell 2000 Value Index, a benchmark for small-cap value companies. This is a higher-risk, higher-reward option than the previous two because of that focus on smaller companies, which tend to rise and fall faster than larger ones. As an example, the fund dipped more than 40% when the entire market went sideways in March 2020. It's now up about 14% from its pre-crash high a year ago.

Because of that volatility, you'd want to keep this fund as a small piece of your portfolio. It's too risky to be a primary holding, but it will give you exposure to a different layer of the market versus the other two ETFs here.

As a retirement saver, increasing your exposure to value stocks can be a strategy to cull risk from your equity holdings as you get older. Like your understated friend, your value stocks may not be terribly exciting, but they are price-efficient and generally more stable than growth-oriented companies, particularly those large caps. Those are qualities you'll appreciate as you move to a more conservative investing approach over time.