Please ensure Javascript is enabled for purposes of website accessibility
Log In Help Join The Motley Fool
Free Article Join Over 1 Million Premium Members And Get More In-Depth Stock Guidance and Research
By Danny Vena - Jan 25, 2021 at 11:18AM

That's according to Wedbush analyst Daniel Ives. Today, Ives raised his price target on Apple's stock to $175 from $160, but also laid out a bull case for why the stock could climb to as high as $225. His new base target represents potential gains for investors of roughly 26% over the stock's closing price of about $139 on Friday. It's his compelling argument for the bull case, however, that should have investors more excited. 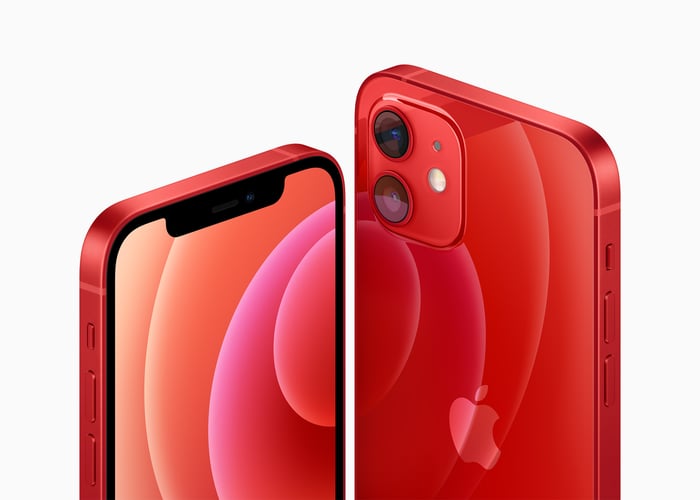 Ives cited the potential for "eye-popping" iPhone sales, saying that checks of Apple's supply chain in Asia showed strong demand for the device. The analyst now believes Apple could have sold as many as 90 million iPhones during the December quarter, roughly 35% over the analyst's already robust forecast. Ives sees this upward trend continuing over the March and June quarters.

"We believe based on the current trajectory and in a bull case Cupertino has potential to sell north of 240 million units (~250 million could be in the cards -- an eye-popping figure)" Ives wrote in a note to clients, "which would easily eclipse the previous Apple record of 231 million units sold in [fiscal year 2015]."

There have long been prognostications of a supercycle for the iPhone maker. It has an installed base of more than 1.4 billion active devices, with the iPhone accounting for an estimated 950 million of those.

The current thinking suggests that as many as 350 million iPhone buyers could upgrade their device this year. To put that number in context, Apple sold roughly 185 million iPhones in 2019. Given the demand for a 5G-enabled iPhone, and the number of devices due for an upgrade, it's certainly possible Apple could sell 89% more iPhones in 2021 -- but that's certainly a high bar.