Investors are playing a dangerous game that could end in crushing losses.

Shares of GameStop (GME -8.68%) extended their torrid recent gains on Wednesday as a horde of traders rushed to buy the video game company's stock in attempt to crush short-sellers and drive its price to astronomical levels.

Yet the stock's incredible rally could be nearing its end.

GameStop's shares are now up nearly 1,700% so far in 2021 -- and it's still January. An epic short squeeze is believed to be fueling the rally -- one led by an army of individual traders that are using social media sites like Reddit and Twitter to coordinate their strikes against short-sellers.

By buying heavily shorted stocks en masse, these bear slayers are driving up their price. Short-sellers, in turn, are suffering staggering losses.

To stem the bleeding, many short-sellers -- including multibillion-dollar hedge fund Melvin Capital -- have been forced to exit their positions. This requires that they buy back the stock they sold short, which has likely helped to drive GameStop's price even higher.

The short squeeze has even caught the attention of Tesla CEO Elon Musk and venture capitalist Chamath Palihapitiya. On Tuesday, Musk sent his 43 million Twitter followers a link to a popular Reddit message board that many traders have used to hype GameStop's stock. Palihapitiya, meanwhile, went so far as to say on Twitter that he bought GameStop call options, which is essentially a leveraged bet that its stock price would continue to rise. 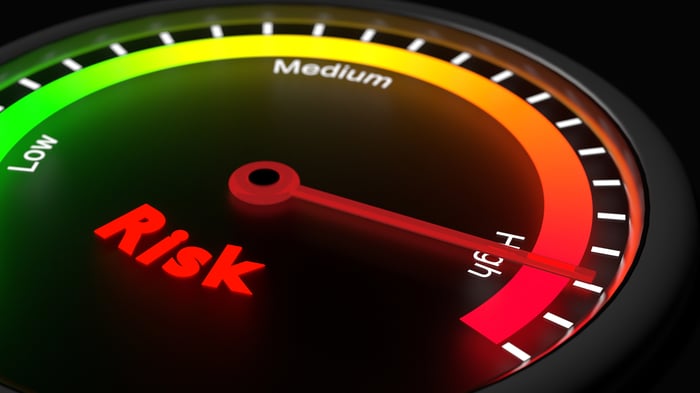 While no doubt amusing to Musk, Palihapitiya, and the legion of GameStop bulls who have enjoyed the stock's incredible ascent, the steep rally in its share price might not last much longer.

On Wednesday, Bank of America analyst Curtis Nagle reiterated his underperform rating on GameStop's shares. He expects GameStop's upcoming earnings report to remind investors of the company's formidable challenges, including the shift to digital game downloads and the enormous pressure this will place on its preowned and collectibles businesses. Thus, Nagle argues that the game retailer's share price could plunge as much as 97% to $10.

With so much potential downside, those who have profited from GameStop's ascent may want to consider taking profits. And investors who haven't yet purchased shares will likely be best served by staying well clear of GameStop's stock.