A consumer advocacy group claims the FDA's approval of fake "heme" blood should be withdrawn.

Plant-based meat maker Beyond Meat (BYND -7.01%) saw investor interest in its stock drive share prices up more than 1% at times in trading today after potential problems for its privately held rival, Impossible Foods, made headlines. A lawsuit has been entered with the Ninth Circuit U.S. Court of Appeals claiming the Food and Drug Administration ignored its own guidelines in approving the "heme" fake blood Impossible developed for its products.

Impossible Foods developed its plant-based heme -- so named for its similarity to hemoglobin, an iron-rich protein found in blood -- because it says this substance "is what makes meat taste like meat." The company's research and development team created the ingredient by inserting soybean DNA into a genetically engineered yeast species, then fermenting the yeast. The fermentation producing the heme is "very similar to the way Belgian beer is made," according to Impossible. 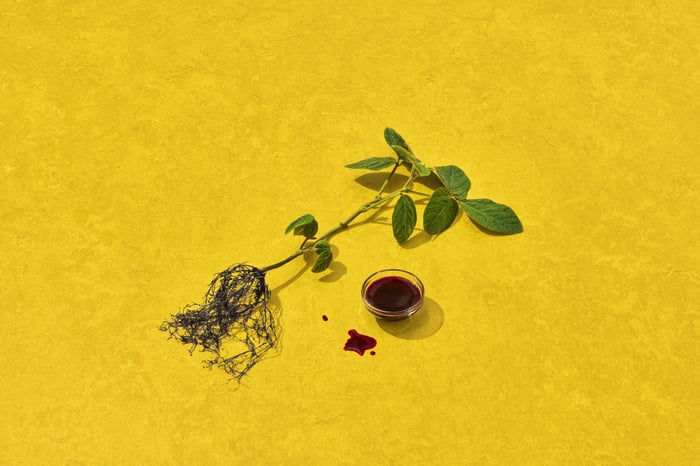 The Center for Food Safety calls for revocation of the FDA's approval until Impossible's heme is proven safe. Rescinded approval would restrict use of the ingredient that gives Impossible Burgers their meat-like flavor and distinguishes them from competing products.

Beyond Meat's products are free of Impossible's proprietary heme. The lawsuit could potentially restore Beyond Meat's market edge despite Impossible's planned 20% price cut, which was announced yesterday. However, amid downward price pressure, high valuations, and potential safety issues, the entire plant-based meat market's spectacular rise could slow down in the near future.