Please ensure Javascript is enabled for purposes of website accessibility
Log In Help Join The Motley Fool
Free Article Join Over 1 Million Premium Members And Get More In-Depth Stock Guidance and Research
By Billy Duberstein - Feb 6, 2021 at 7:40AM

Helped by a short squeeze, this beaten-down telecom got some relief.

Shares of Lumen Technologies (LUMN 2.11%) surged 27% last month, according to data provided by S&P Global Market Intelligence. The beaten-down wireline telecom operator got a boost as heavily shorted deep-value stocks surged amid a retail investor campaign to squeeze short-sellers during January. Additionally, Lumen continued its refinancing campaign that will lower its interest expense going forward and lessen its debt burden.

Lumen was never as heavily shorted as some of the other highfliers during the month, but its short interest did hover around 10% of shares outstanding as of mid-January. Still, one common theme among the short-squeeze candidates is that most were quite cheap indeed coming into the year. A brief and violent rotation to deep-value stocks helped Lumen, which traded for less than four times free cash flow at the beginning of the month. 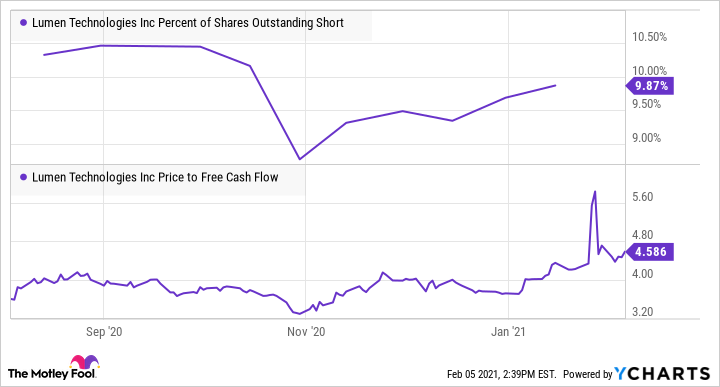 That's really, really cheap. Of course, Lumen does have a high debt burden, but the company is using its cash flows outside of its 8% dividend to pay down that debt slowly but surely.

Meanwhile, Lumen refinanced notes at its Level 3 subsidiary in January, lowering its interest costs and pushing its debt maturities further out. The company issued 3.75% sustainability-linked notes due in 2029, which will be used to pay off other 5.375% notes due in 2024. The lower interest rate is linked to distinct ESG targets and Lumen lowering its greenhouse gas footprint, with an increase in rates should it fail to meet its goal. 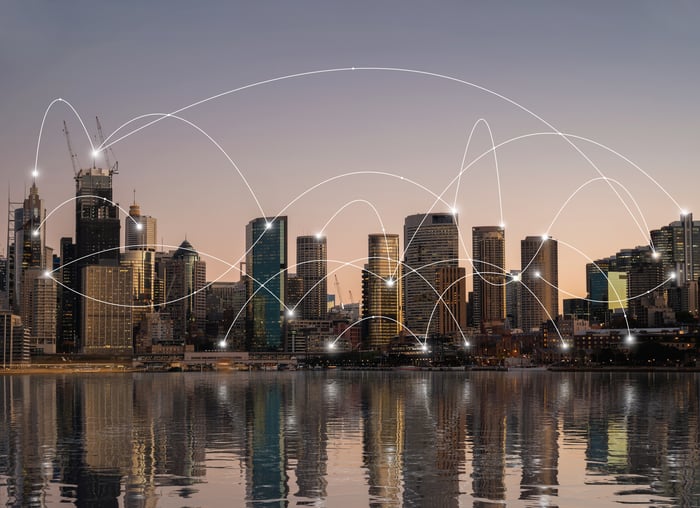 Continued refinancing should lower Lumen's interest rates further, which will free up more cash to pay down debt. That, in turn, should allow the company to continue refinancing at lower and lower rates, in a virtuous cycle.

Lumen may not be a growth businesses, but it has shown stable profitability lately, even amid the pandemic. Its de-levering strategy could lead to material gains in the future, as merely maintaining current levels of cash flows would make the stock very undervalued indeed. Fiber connectivity will continue to be needed for the foreseeable future, so I tend to think Lumen is a rare value stock worth buying today for those with a higher risk tolerance.