Please ensure Javascript is enabled for purposes of website accessibility
Log In Help Join The Motley Fool
Free Article Join Over 1 Million Premium Members And Get More In-Depth Stock Guidance and Research
By Howard Smith - Feb 8, 2021 at 9:48AM

Toy and game maker Hasbro (HAS 1.27%) reported fourth-quarter and full-year 2020 earnings Monday morning, showing investors the business is recovering from the heavily pandemic-impacted year. Adjusted net income was $1.27 per diluted share in the fourth quarter, beating average analyst estimates of $1.14 according to MarketWatch. Revenue of $1.72 billion in the fourth quarter also beat estimates by $30 million.

Strength came in the U.S. and Canada, where revenue jumped 16%. Revenue in Hasbro's international segment dropped 9%. The company realized mixed results across its brand portfolio. Its gaming products continued growth seen throughout the pandemic, and its partner brands -- which include Lucasfilm's Star Wars and Walt Disney's Frozen -- continued to show weakness. But the company's Entertainment One (eOne) content distribution subsidiary, which was acquired at the start of 2020, reported 10% year-over-year quarterly revenue growth, versus a full-year decline of 21%. 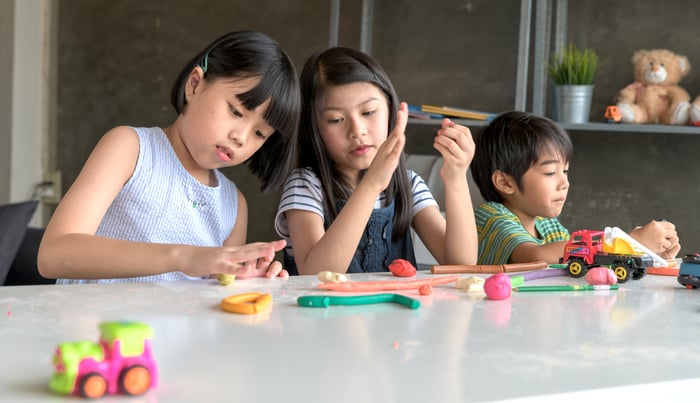 Hasbro spent $3.8 billion to buy children's TV and film producer eOne. The pandemic caused release dates of new eOne projects to be pushed back and forced some films to be distributed directly for video-on-demand or for download. In the most recent quarter, however, revenue increased as live-action TV and film production resumed, and contributions increased from animated content and app revenue.

Hasbro's chief financial officer Deborah Thomas said in a statement that operating cash flow for the year of almost $1 billion allowed the company to repay $123 million in debt used to finance the eOne acquisition. She added that brand and content strength continues, and that "Global point of sale increased last year, despite lockdowns and retail disruption, and 2021 is starting with strong year-over-year momentum."