The review comes as the cruise ship operator heads back to the debt markets for the fifth time to raise more money.

The credit rating on cruise ship operator Carnival (CCL 1.97%) (CUK 3.04%) is already considered junk, but after a new review by ratings agency Moody's, it could fall even further into junk territory.

Moody's Investors Service put the cruise line on "review for downgrade" depending upon when Carnival returns to service, if its operations ramp up "in a meaningful way" this year, and how it impacts its liquidity. 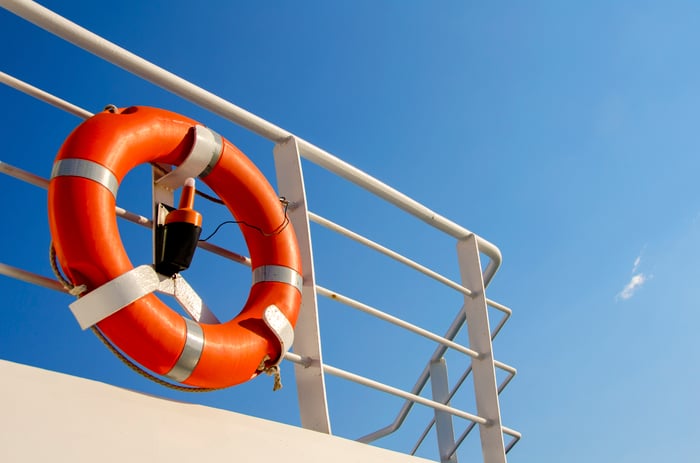 The schedule for voyages by Carnival and industry peers Norwegian Cruise Line Holdings (NCLH 1.89%) and Royal Caribbean Group (RCL 1.09%) continues to be pushed further back into the year. The first sailings won't begin until May in the U.S. and November in many European ports of call. And last week Canada torpedoed any hope for cruise lines to resume operations before March 2022.

The situation was already dicey for the industry. Even with the most optimistic schedules, it's not as though all cruise ships would immediately be put out to sea. Rather, it would be at best less than a handful of ships from each cruise line and then at dramatically reduced capacity.

The operators need to see whether the safety protocols they're implementing will work and be accepted by consumers. They'll also need to overcome the image that cruises are inherently dangerous from a virus-spreading perspective, a view that has been reinforced throughout the pandemic.

Confronting these challenges has been difficult, forcing cruise operators to go numerous times to the well of debt and equity sales to stay afloat. Carnival just announced its fifth bond sale in the past year, this one for $600 million. It last raised about $2 billion in November.