Please ensure Javascript is enabled for purposes of website accessibility
Log In Help Join The Motley Fool
Free Article Join Over 1 Million Premium Members And Get More In-Depth Stock Guidance and Research
By Brent Nyitray, CFA - Updated Apr 2, 2021 at 11:43AM

The company believes mortgage brokers are a better solution for home finance than bank-based lending.

Correction: The original version of this report misstated how much United Wholesale originated in mortgages in the fourth quarter, and gave the wrong title for Tim Forrester. We're sorry for the errors.

Last year saw heavy activity in the mortgage market. The COVID-19 pandemic triggered an economic collapse, which caused the Fed to lower lending rates to zero and aggressively support the mortgage market. Mortgage bankers had their best years in ages, and many, such as Rocket (RKT -0.74%), took advantage of the market to go public. 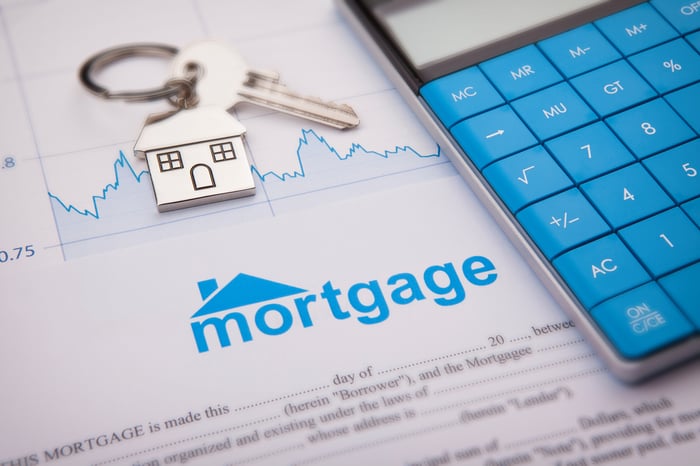 United Wholesale, which is behind the findamortgagebroker.com website (and Super Bowl ad), has a different business model than traditional retail brokers like Rocket or correspondent shops like PennyMac Financial (PFSI -1.64%). Rocket is a retail, largely consumer-direct model. It handles the loan-origination process from start to finish. PennyMac Financial is a correspondent lender that buys completed loans from smaller originators.

Brokers used to be half the mortgage market prior to the Great Recession that lasted from 2007 to 2009. That's fallen to just 20%, but United Wholesale expects broker market share to bounce back.

The company recently reported some of its fourth-quarter and full-year numbers. It offered only abbreviated financial statements in the press release with high-level figures that didn't include certain numbers, including earnings per share. The full statements will be released when the company files its 10-K and its audit is complete.

United Wholesale has invested heavily in technology. Findamortgagebroker.com, which aired a 2021 Super Bowl ad, was a massive investment. It intends to raise awareness of mortgage brokers as a lending vehicle for homebuyers. Consumers will be able to get referrals to a mortgage broker that will help the consumer decide which product is best.

Other technology investments include UTrack, a tracking application that will tell the borrower, broker, and realtor the current status of a loan. Blink+ is the company's loan origination system, which assembles the documents and handles the nuts and bolts of putting together the loan. Finally, EASE Docs handles the final documents for closing.

The payoff for that technology is not only faster times to close but lower costs to originate. In the fourth quarter, United Wholesale took 18 days to manufacture a loan compared to 56 days for the typical retail lender. On the conference call, CFO Tim Forrester said that United Wholesale's cost to originate a loan (including the broker's compensation) was $5,800 per loan compared to the average retail cost of $8,872. This translates into lower borrowing costs. United Wholesale's average loan rate was 2.74% in the fourth quarter compared to 2.89% for the overall industry.

A mortgage originator with a yield

Finally, United Wholesale introduced a quarterly dividend of $0.10 per share, which gives the company a 4% dividend yield. This is higher than most of its competitors aside from New Residential, an originator with a different business model. The Street sees United Wholesale earning $1.40 next year, giving the company a price-to-earnings ratio of 7.1 times. United Wholesale's cost advantage may allow it to take share from other lenders, and this may warrant a premium multiple.

Mortgage originators generally don't trade with massive multiples unless the industry is going through a tough period and earnings are low. In this way, mortgage originators resemble cyclical stocks the most. United Wholesale has a durable business model and an attractive yield. It is probably more attractive to income-oriented investors. I would like to see the 10-K before I make any recommendations on the stock.