Please ensure Javascript is enabled for purposes of website accessibility
Log In Help Join The Motley Fool
Free Article Join Over 1 Million Premium Members And Get More In-Depth Stock Guidance and Research
By Lee Samaha - Feb 12, 2021 at 11:00AM

The size of the rotor diameter puts it ahead of Siemens Gamesa's SG 14-222 DD offshore wind turbine (no prizes for guessing that it has 14 MW of output power and a rotor diameter of 222 meters) and GE's largest version of its offshore turbine Haliade-X with a rotor diameter of 220 meters and power of 14MW. Size matters because power is related to the area swept in front of it by the blades (pi times the radius squared for those of us who like math). 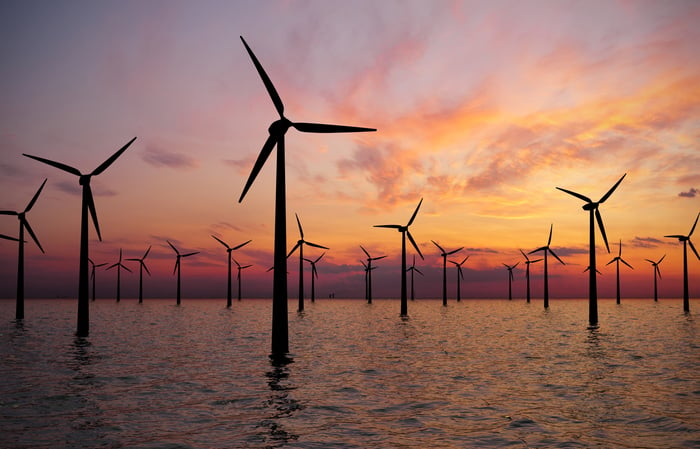 In addition, there are lifetime cost considerations to be made before any decision. It's not simply a case of a larger turbine dominating a smaller one. Furthermore, GE's leadership in digital technology could mean it's better able to offer customers improved service levels by better predicting turbine failures using data analytics.

All told, the new Vestas offshore turbine steps up the competition in an already highly competitive market. GE isn't a significant player in the market as yet, but it's growing its Haliade-X orders as part of its turnaround plans, and it's far too early to count GE out as an also-ran in offshore wind power.