Please ensure Javascript is enabled for purposes of website accessibility
Log In Help Join The Motley Fool
Free Article Join Over 1 Million Premium Members And Get More In-Depth Stock Guidance and Research
By Katie Brockman - Feb 12, 2021 at 9:00AM

Choosing the right investments is key to surviving a market crash.

Over the past year, the stock market has experienced some extreme volatility. While various market indices made a remarkable recovery after their steep downturn last spring, some investors are worried that a market bubble has formed and is about to burst.

A whopping 66% of investors said they believe the market is already in a bubble, according to a recent survey from E*TRADE, while another 25% said they expect the market is approaching bubble territory.

If we are in a stock market bubble and that bubble pops, we would likely experience a significant market downturn. There are ways for investors to guard against this and one option can help you protect your savings. That option? Buy S&P 500 index funds. 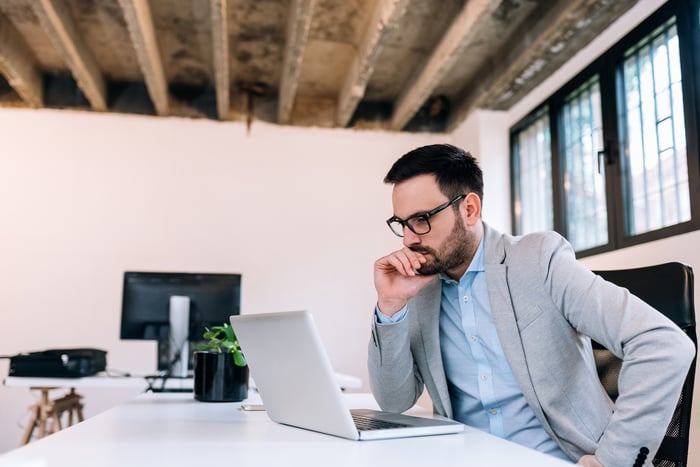 The S&P 500 is a commonly followed indexed list of NYSE- and Nasdaq-listed stocks from 500 of the largest U.S. companies. It's considered by many to be one of the best barometers of the stock market's overall performance. The companies included in the index span various industries -- from technology to retail to pharmaceuticals and more. The stocks in the list are chosen by a committee and must meet several criteria before being considered.

An S&P 500 index fund is an investment vehicle that mirrors the S&P 500 index -- meaning when you buy into the fund, you're effectively investing in all 500 companies that make up the index. There is no direct way to invest in stock market indexes themselves, so investing in an index fund is the closest you can get to owning a piece of the actual S&P 500. There are several funds that do this, including mutual funds and exchange-traded funds (ETFs).

Here's why owning a piece of all those stocks is beneficial if the market crashes.

The S&P 500 has experienced substantial volatility over the years, but it has always recovered from the downturns. When the dot-com bubble burst in the early 2000s, the S&P 500 lost nearly 50% of its value from 2000 to 2002. It eventually recovered.

Then when the market crashed at the beginning of the 2020 COVID-19 pandemic, the S&P 500 lost more than one-third of its value in a matter of weeks in what was one of the fastest declines in stock market history. But, once again, it recovered. 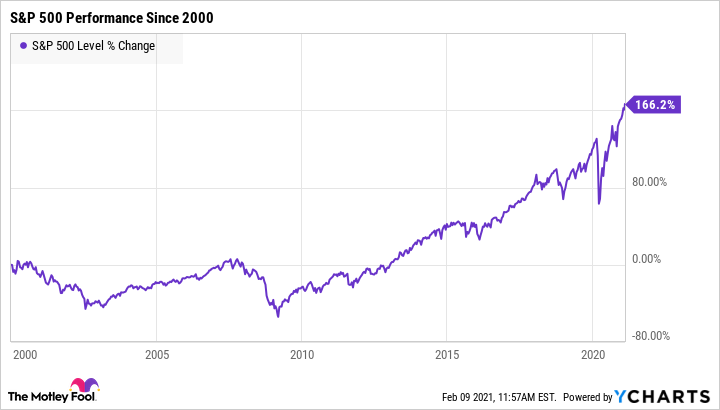 No investments are immune to periodic downturns, so the key is to focus on investments that show a propensity to rebound. The S&P 500 has proven again and again that it can bounce back from even the worst crashes, making S&P 500 index funds among the strongest and safest investments available.

It's important to understand that when you invest in S&P 500 index funds, you'll still experience short-term volatility. That is the nature of stock markets. But the best investments almost always see positive returns over the long term.

Investing well in the stock market generally means playing the long game. To better ensure growth, the best thing you can do is look for investments that can weather the inevitable storms and come out even stronger.

Even with its volatility, stocks in the S&P 500 have risen an average of about 10% annually since the index was created in 1957. Buying funds that mimic the S&P 500 index and holding them long term should help your investments attain similar positive returns.

4 Reasons You Need Dividend Stocks in Your Portfolio