Please ensure Javascript is enabled for purposes of website accessibility
Log In Help Join The Motley Fool
Free Article Join Over 1 Million Premium Members And Get More In-Depth Stock Guidance and Research
By Selena Maranjian - Feb 15, 2021 at 5:02AM

Put the power of dividends to work for you.

For many people, retirement income will consist of Social Security checks (which only deliver, on average, about $18,500 annually) and income from stocks. Stocks can generate income for you when you sell them, but then they're gone. A powerful way to collect income from stocks without having to sell any shares is to invest in healthy and growing dividend-paying stocks.

Dividend payers will generate a fairly reliable income stream, and one that will rise over time, as dividend-paying companies like to increase their payouts regularly, when possible. Here are three companies to consider if you're seeking stocks for your retirement portfolio. 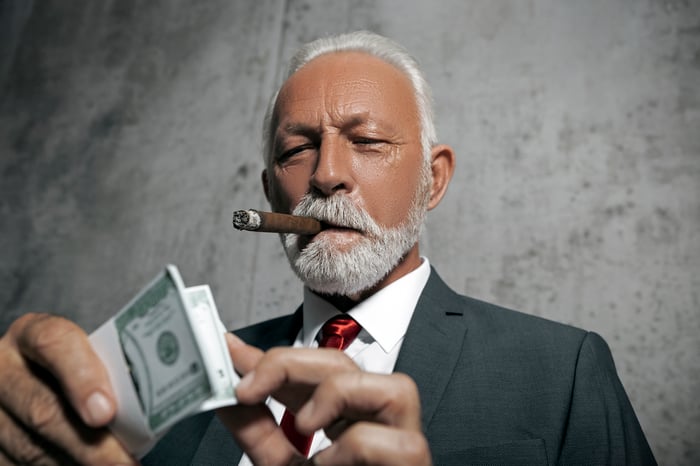 JPMorgan Chase (NYSE: JPM) isn't among the hottest or most exciting of stocks, but it has been a solid profit-generating business for a very long time. It's one of the biggest banks in America, with some $3.4 trillion in assets globally, and it sports a dividend that recently yielded 3.6%. Better still, it's a growing dividend, having more than doubled over the past five years.

Dividends are one way to reward shareholders, but they're not the only way. There's also stock-price appreciation -- and stock buybacks. JPMorgan Chase is planning to spend some $30 billion buying back shares of its own stock in 2021. Given that the company's market capitalization was recently a hefty $426, that means it aims to buy back close to 7% of its shares. Here's why that's meaningful: Imagine a pizza cut into eight pieces, and that one of those pieces is yours. If that pie is cut into only six pieces, though, your piece will be a fatter one. Similarly, if many shares of JPMorgan Chase's stock are bought back and essentially retired, there will be fewer shares remaining, and each share will have a bigger claim on the company's earnings and growth.

With the economy expected to recover from pandemic-related sluggishness in the coming year, the bank's business should improve, too. Some analysts expect big stock-price appreciation, but even if it keeps growing slowly, long-term investors can enjoy a steady and meaningful income stream from dividends.

You may be familiar with real estate investment trusts (REITs), which are companies that own a lot of real estate properties, often focused on some niche such as apartments, warehouses, medical facilities, or shopping centers. They lease these properties out and collect rents. As REITs, they get tax breaks in exchange for paying out at least 90% of their income in the form of dividends. Digital Realty Trust (NYSE: DLR) is a REIT with a somewhat newfangled niche: Data centers. As the world becomes more and more dependent on digital transmissions, it will require more and more data centers, where servers and other equipment can reside. Think about cloud computing -- all that data isn't actually stored in the sky, in clouds -- it's stored in data centers.

All that suggests a rosy future for Digital Realty Trust, which sports a dividend that recently yielded 3% -- and that payout has risen by an average annual rate of 6% over the past five years.

Then we have Microsoft (NASDAQ: MSFT), which has been paying a dividend since 2003. Its payout recently yielded 0.9%, which might not sound like much -- but it's been growing at an average annual rate of 9% over the past five years. Better still, the portion of its earnings that it pays out in dividends -- its payout ratio -- was recently only 31%, reflecting plenty of room for further growth.

There's a lot to like about Microsoft, such as its prevalent Office 365 suite of productivity software. It has turned that into a subscription service, which is a smart move, as it creates a fairly dependable and predictable -- and regular -- income stream, instead of waiting for customers to decide to upgrade their software now and then. Its operating system is also rather prevalent, with more than a billion devices running it. Microsoft is also active in plenty of other areas, such as gaming (with its Xbox), search, devices, artificial intelligence, and cloud computing.

With a market value recently at $1.8 trillion, this is a big company -- but it's still growing at a respectable clip: Consider that in its last reported quarter, revenue grew by 17%, while net income surged by 33%.

If any of these companies interest you, take a closer look at them to see whether they're likely to serve you well in the years to come.