The bank's new outlook is influenced by the surprising performance of the index's stocks in last year's fourth quarter.

The top companies on the stock exchange are going to make more money than previously anticipated, at least in Goldman Sachs' (GS 1.53%) estimation.

The investment bank's strategist David Kostin has lifted his full-year 2021 earnings-per-share forecast for S&P 500 index companies to a collective $181. While that's only a 2% bump from Goldman's previous estimate, it signals that forecasters like Kostin are now anticipating a quicker-than-previously expected recovery from the economic damage wrought by the coronavirus pandemic. 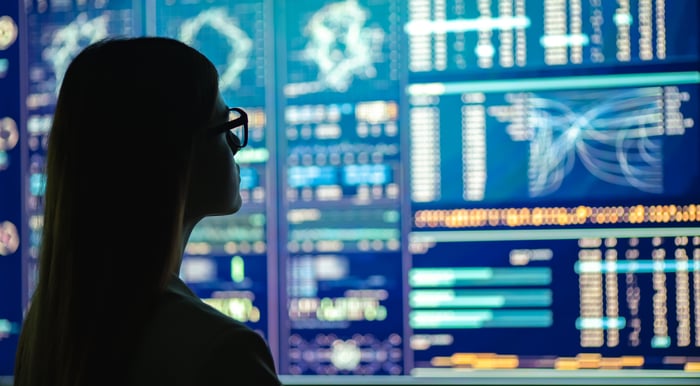 This recovery, of course, will be aided by a flood of government stimulus money. Goldman's economists recently raised their estimates for this amount to $1.5 trillion, a believable number given the widespread public support for a relatively generous bailout.

Goldman's research revealed that there are already headwinds gathering at the back of the U.S. economy's largest companies. An analysis of 367 S&P 500 index companies indicated that, as a group, their per-share earnings crept up by that same 2% in Q4 of last year. While in relatively normal economic periods that wouldn't be remarkable, Goldman had previously estimated an 11% drop in profitability for the group.

As for the 2021 projection, there will certainly be microeconomic hurdles to overcome, too. Kostin pointed out that many companies are operating with high expenditures and haven't been shy about funding their operations with debt.

"S&P 500 operating leverage is at the highest level in years, helping margins grow alongside revenues. In addition, high SG&A expenses indicate room for firms to cut costs," he wrote in his analysis.

Upward adjustments like Kostin's should continue to fuel optimism for stocks; as an asset class, they have been doing extremely well considering the harmful economic effects of the pandemic.