Please ensure Javascript is enabled for purposes of website accessibility
Log In Help Join The Motley Fool
Free Article Join Over 1 Million Premium Members And Get More In-Depth Stock Guidance and Research
By Ryan Henderson - Feb 19, 2021 at 6:36AM

Despite a global pandemic, the company may have delivered its greatest financial year ever. 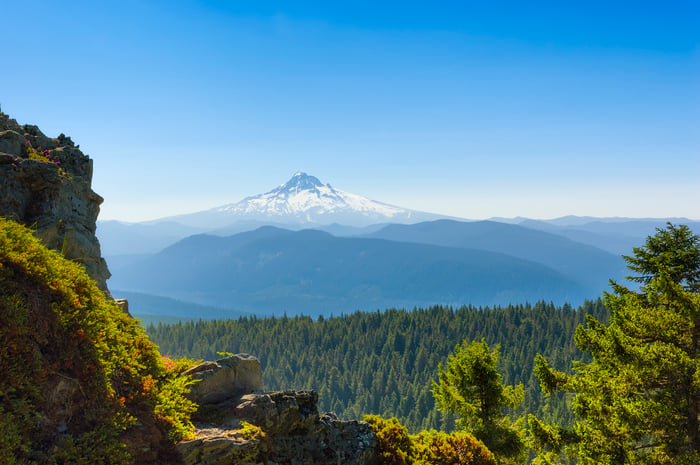 With social-distancing practices still in place across the globe, consumers once again spent more time this quarter exploring the great outdoors. The elevated demand for outdoor gear and accessories led Yeti to its first year ever with more than $1 billion in total sales -- up 19% with most of that growth coming in the second half of the year.

Not only did Yeti see higher overall demand, but most of the consumers came directly to Yeti and not through a wholesaler. Sales from direct-to-consumer (DTC) channels, which include its online websites and Yeti-owned stores, made up 53% of overall revenue -- 11 percentage points higher than the previous year. Since DTC channels don't require Yeti to siphon off a portion of the sale to an intermediary, these sales carry higher profit margins. If DTC revenue continues to grow as a portion of overall revenue, the company's profits should follow suit. This overall shift in sales mix led Yeti to report $214 million in operating income for fiscal 2020, compared to just $90 million in 2019.

While Yeti continues to grow its DTC sales, it still wants to maintain strong relationships with its wholesale partners like Bass Pro Shops and Lowe's. These partnerships might not seem as attractive on the surface, but foot traffic from these stores helps Yeti acquire new customers. This is why CEO Matt Reintjes went out of his way on the latest conference call to mention that Yeti plans to focus on replenishing the inventory levels for its wholesale partners.

It's one thing to have a great year of earnings, but to put those profits to work wisely makes it that much sweeter for shareholders. This quarter, Yeti did just that.

Entering the fourth quarter, Yeti had $239 million in outstanding debt. Earlier in 2020, the company had borrowed $50 million as part of its revolving credit facility due to pandemic-driven uncertainty in March. However, thanks to its better-than-expected profits, Yeti was able to pay down $215 million of borrowings during the fiscal year (including the $50 million from its revolving credit line). Yeti is entering fiscal 2021 with only $133 million in outstanding debt and more than $250 million of cash on the balance sheet.

There was, however, one big red flag throughout the last year. Yeti entered fiscal 2020 with $186 million of inventory and finished the year with only $140 million. This 25% depletion of inventory isn't sustainable and actually contributed substantially to Yeti's strong cash flow numbers for the year. While investors should keep an eye on this figure, Yeti has been very clear about its focus on bolstering its inventory throughout 2021.

As the cherry on top of Yeti's stellar 2020, management offered stellar guidance for the current fiscal year. It expects revenue to increase 15% to 17% for 2021, with most of that growth coming in the first half of the year. Yeti also expects an operating margin of 18.5%, which means that at the low end of its revenue guidance, Yeti would increase operating income 8% in 2021.

The company mentioned that it anticipates peeling back its spending on store expansion, opting instead to invest heavily in technology and new product launches. This shouldn't come as a big shock, since in-store traffic is still likely seeing lower volume due to the pandemic, and it's unclear when brick-and-mortar stores will begin to look like an appealing investment again.

The pandemic forced Yeti to transition faster to a digital-first, direct-to-consumer model, and this move resulted in a leaner, more profitable operation. Shareholders should continue to reap the benefits of this transition for years to come.