Please ensure Javascript is enabled for purposes of website accessibility
Log In Help Join The Motley Fool
Free Article Join Over 1 Million Premium Members And Get More In-Depth Stock Guidance and Research
By Keith Speights - Feb 25, 2021 at 6:01AM

Here are the arguments both for and against the high-flying stock.

GrowGeneration (GRWG -8.05%) ranked as the best-performing cannabis stock on the market last year with a sizzling 881% gain. Its shares have soared close to 30% so far in 2021.

Is GrowGeneration stock still a buy after its impressive performance? Here are arguments both for and against buying the stock -- and which case is more compelling. 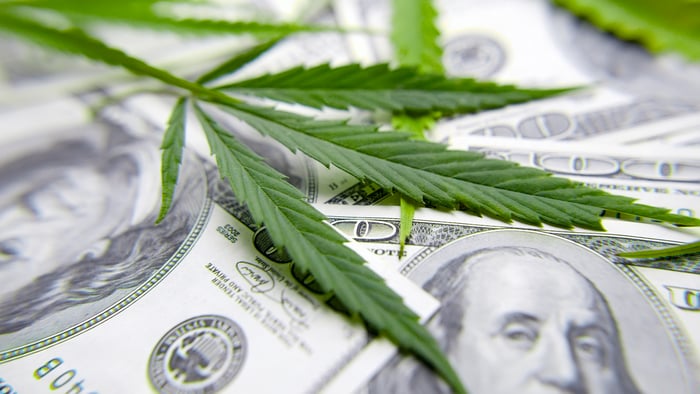 Perhaps the main reason why investors might not want to buy GrowGeneration stock right now is its valuation. Shares currently trade at more than 824 times earnings. That's a price-to-earnings (P/E) multiple that goes beyond nosebleed level.

Sure, GrowGeneration is delivering robust revenue and earnings growth. But the stock is expensive even looking ahead. GrowGeneration's forward P/E is over 156.

There's also intense competition in the hydroponics and organic gardening market. Huge companies such as Home Depot and Lowe's carry many of the same types of products that GrowGeneration does. The company also competes against many smaller rivals.

Online competition is also a concern. GrowGeneration itself pointed out in its latest annual regulatory filing to the U.S. Securities and Exchange Commission that Amazon and eBay present a threat. Investors who like for their stocks to have a strong business moat might not like GrowGeneration very much.

GrowGeneration also continues to raise capital through stock offerings. These dilute the value of existing shares. This dilution hasn't been a big problem so far because GrowGeneration stock has soared so much. However, it could become an issue in the future.

You can sum up the argument for buying GrowGeneration with the first four letters of the company's name. All of the reasons against investing in the stock fall by the wayside because of the company's potential to grow at a staggering pace.

GrowGeneration projects 2021 revenue of between $335 million and $350 million. The low end of that range reflects 74% year-over-year growth. That kind of growth rate makes those valuation metrics seem not nearly as scary.

What about the intense competition? The U.S. hydroponics market remains highly fragmented, with over 1,000 retail stores. GrowGeneration ranks as the biggest specialty retailer focusing on hydroponics and organic gardening with only 50 stores. It's gobbling up small rivals, including a recent deal to buy San Diego Hydroponics & Organics. As it grows, GrowGeneration will be in an even stronger position to compete against larger players that don't specialize in hydroponics.

While big companies like Home Depot and Lowe's might carry many of the same kinds of products that GrowGeneration does, they don't have the shelf space to fully match up with specialty retailers. This should give GrowGeneration a competitive advantage.

GrowGeneration should also be able to hold its own in the online market. For example, its e-commerce sales soared 112% year over year in the third quarter of 2020.

As GrowGeneration's profits increase, it will be less likely to need to raise cash through stock offerings. One key way the company's profit margins will move higher is by selling more private-label products. GrowGeneration plans to generate 10% of its total revenue this year from private-label brands.

And the verdict is...

GrowGeneration should be able to continue growing rapidly simply by focusing on the 11 states where it currently operates. However, recreational marijuana legalization in key states such as New Jersey and potentially in New York creates even greater opportunities for the company.

My view is that GrowGeneration's growth prospects easily outweigh all of the arguments against buying the stock. I don't expect its shares to skyrocket nearly ninefold this year as they did in 2020. However, GrowGeneration still has plenty of room to run, in my opinion.