Those avoiding Walmart's (WMT 0.11%) shares due to fears that it has grown too big and staid, and that its best days are behind it, are missing out on a good investment opportunity.

It opened its first discount store in 1962, and it has grown to become the world's largest retailer, serving 265 million every week at its stores and websites. But the company isn't just a popular shopping destination -- it is also very profitable.

There's more to the company than that, so it's time to check out Walmart to find out what makes it an appealing stock. 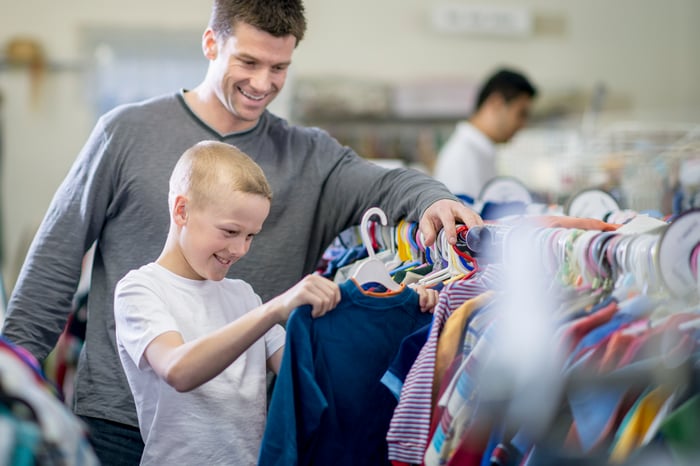 It is always important to check a company's balance sheet to make sure it is healthy before investing. On this front, there are no concerns as Walmart maintains a strong position.

Moving on from this item, it is time to look at the underlying business.

The basic business, keeping costs low and passing these savings on to its customers, is the same as it has been for all these years. In fact, Walmart aims to charge the lowest prices among retailers. Saving money is always attractive for consumers, but it becomes even more important to people during distressing times.

Last year, during the pandemic and subsequent recession, Walmart produced outstanding results. Its revenue after removing the effects of foreign currency translations rose by 7.7% to $564.2 billion. This helped drive its adjusted operating income 9.3% higher to $23.4 billion.

For next year, management expects both its Walmart U.S. and Sam's Club businesses to produce low single-digit percentage increases in same-store sales. Calling for a flat or slight increase in adjusted operating income disappointed investors.

However, the company is not standing pat, continuing to invest in technology. With its low prices, making the experience more convenient for customers will keep Walmart relevant and not force it by the wayside like so many other retailers that have been hurt by online competition such as Amazon (AMZN 0.25%).

Last year, Walmart had the infrastructure that allowed its customers to shift to online shopping, and e-commerce sales grew by 79% at its U.S. division. Walmart has launched technological innovations that improve the omnichannel experience, including faster delivery and same day pick-up options. It also launched Walmart+, its own subscription service, several months ago.

While investing for the future, Walmart produces plenty of free cash flow. Last year, it was to the tune of $25.8 billion, which was plenty to cover the $6.1 billion of dividends.

The company recently announced that it would raise the quarterly payout by a penny to $0.55. This brought its streak to 48 straight annual raises.

When you put it all together, a solid business and ever-increasing dividends make Walmart a good addition to your portfolio.