Please ensure Javascript is enabled for purposes of website accessibility
Log In Help Join The Motley Fool
Free Article Join Over 1 Million Premium Members And Get More In-Depth Stock Guidance and Research
By Alex Carchidi - Mar 6, 2021 at 7:34AM

This pet health company has made a few investors rich already, but more is still to come.

If you've ever taken your pet to the vet for something other than a routine checkup, you've witnessed the amazing perceptiveness of veterinarians. Even though their patients can't communicate their ailments -- at least, my labradors never could -- vets still find a way to diagnose the problem. And soon, they'll have a powerful new tool that can make the process much faster and easier, thanks to Zomedica (ZOM -5.42%).

Zomedica's ascent began in January of this year, when it announced the arrival of a new CEO, Robert Cohen. Shortly thereafter, Reddit traders piled into the stock, causing it to grow explosively and putting it on the map for the first time.

Since then, its price has remained quite high, and it's possible that it will exit penny-stock territory and become a more broadly appealing investment rather soon. That assumes vets actually flock to purchase its much-anticipated diagnostic hardware, however. 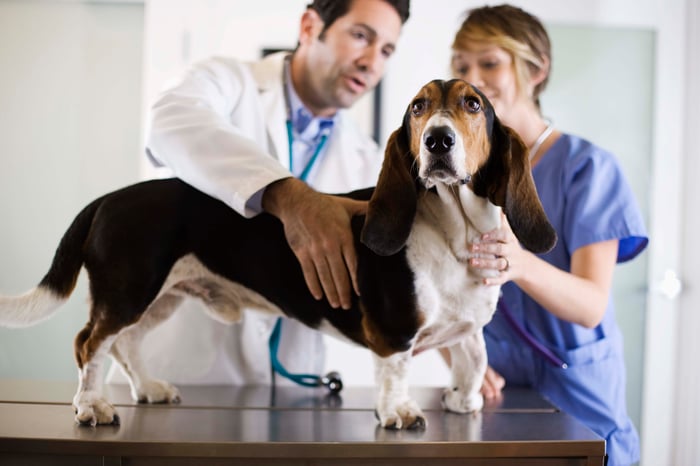 Shareholders will have a lot more to discuss in 2021

Zomedica's product is Truforma, which is an analyzer device intended for veterinarians' offices. Rather than grabbing a swab from your pup or kitten and then sending it off to a laboratory for analysis, vets load the swab into a handy cassette, pop it into the desktop Truforma machine, and wait around 20 minutes for results. Then, the vet reads the critical canine and feline health data and proceeds with picking the right treatment.

The biggest reason why people are talking about Zomedica right now is that Truforma is scheduled to launch on March 30. At launch, it'll be capable of five different diagnostic assays for cats and dogs. Two more assays will be out the door by the end of 2021. Moving forward, the company has already indicated that three new gastrointestinal health assays are currently in development, with even more to come in the future.

That means early adopters will have an increasingly capable diagnostic asset on their hands. It'll also ensure that the company gets an expanding stream of recurring revenue from its base of installed systems. 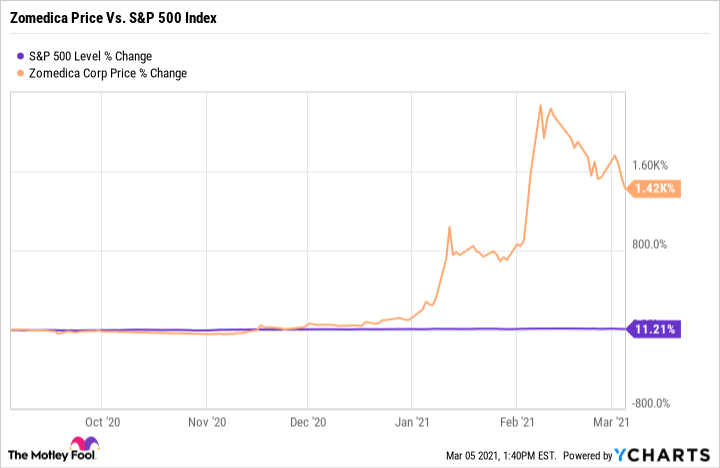 In mid-February, Zomedica raised around $200 million in a public offering. Given that the company has less than $2 million in debt and trailing 12-month operating cash outflows of only $16.2 million, it now has an abundance of funds to use to foster future growth.

Likewise, as Truforma's rollout starts to pick up pace later in the year, investors could see accelerating revenue growth for the first time in the company's history, assuming things proceed as management plans. At the moment, it's unclear whether Zomedica will be profitable in the short term, but that's just one more thing that people will be talking about once its post-launch earnings reports come out.

The stock could also experience another round of Reddit-driven volatility, which could drive its price even higher. On the other hand, the stock's price may take a tumble if the market finds that its valuation is too high given the actual revenue brought in by equipment sales. Similarly, if Truforma flops, there's guaranteed to be a massive contraction. Investing right now would be quite a risky move, though the rewards might be large for daring buyers.

Either way, I think this stock's long-term behavior will be closer to a slow burn than a wildfire, at least once the current interest dies down. Penetrating the market for animal health diagnostic hardware is going to take quite some time, as will developing new tests to run on Truforma. In the meantime, it could be the perfect time to pick up some Zomedica stock to make sure that you benefit from its growth potential. I think that the stock's bite will match its bark sooner rather than later.