Please ensure Javascript is enabled for purposes of website accessibility
Log In Help Join The Motley Fool
Free Article Join Over 1 Million Premium Members And Get More In-Depth Stock Guidance and Research
By Eric Volkman - Updated Mar 10, 2021 at 8:14AM

It's not clear how much capital they're seeking to raise, though.

Three electric vehicle (EV) makers might soon tap a big market on their native continent for new funding. Bloomberg, citing "people familiar with the matter," said that China's NIO (NIO -3.72%) and XPeng (XPEV -2.79%) are both considering listing on the Hong Kong Stock Exchange. Bloomberg cited an earlier report from Reuters stating that peer Li Auto (LI -3.20%) would also like to do the same.

The article did not speculate as to when any of the trio might want their shares on the prominent Asian exchange, nor how much each was hoping to raise in their listings. 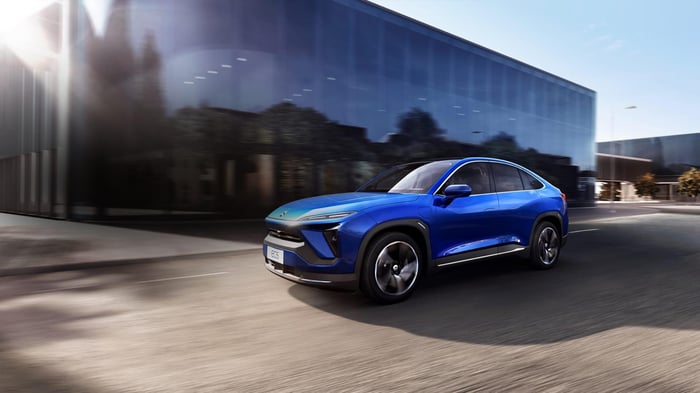 Despite recent pullbacks, the American Depositary Shares of all three companies have been investor favorites. In the wake of the wild popularity of industry pacesetter Tesla Motors, EV titles have been snapped up in anticipation of greener transportation options displacing vehicles powered by traditional internal combustion engines.

On top of that, the Chinese government is pushing hard for the country to "go electric." This is partially due to pollution concerns and partially because of a desire to build a world-beating EV industry that can employ scores of workers. China, therefore, is considered to be an EV market that could experience particularly robust growth in the near future.

However, any type of vehicle manufacturing is capital intensive, and today neither the Chinese nor the global market is large enough to sustain the many competitors that are revving up. As a group, NIO, XPeng, and Li Auto have been loss-making in more quarters than they've booked a profit, and likely sooner rather than later will require more cash to shore up their finances.

So, for investors in those companies, it's worth watching if, how, and when any (or all) of the three will land on the Hong Kong Stock Exchange.