The soon-to-be-public fintech just made a significant acquisition and investment in the banking space.

SoFi, the fintech start-up set to go public through a SPAC merger with Social Capital Hedosophia Holdings V (IPOE), has made it clear that it wants to be a full-featured alternative to the traditional banking system. And it just made a big move toward achieving its vision.

SoFi just announced its plans to acquire Golden Pacific Bancorp, a Sacramento-based bank with three branches, for $22 million. This may sound like a tiny acquisition for SoFi (and it is), but it has a much larger significance for investors. 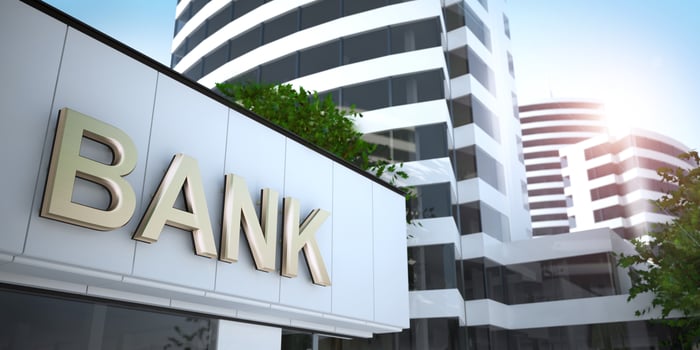 Specifically, SoFi filed paperwork for a banking charter in 2020, and was granted conditional approval in October. But the company thinks the more efficient path is to simply acquire a small existing bank, and that's where Golden Pacific comes in.

Golden Pacific doesn't really meet SoFi's banking needs in its current form; it has about $150 million in assets, which is quite small even by local bank standards. But SoFi plans to contribute $750 million of its own capital to get the bank ready for a rapid national expansion. And since it is getting about $2.4 billion in the upcoming SPAC merger, it can certainly afford this.

As an investor in SoFi myself (well, its SPAC acquirer), I'm a big fan of this move. SoFi expects revenue from its consumer banking business to quadruple in 2021, and it wants to gradually expand the product offerings from this side of its business -- and it's going to have to invest aggressively to do it. If this move makes it easier and faster for SoFi to become a true banking alternative, it could end up being a very smart allocation of capital.