Please ensure Javascript is enabled for purposes of website accessibility
Log In Help Join The Motley Fool
Free Article Join Over 1 Million Premium Members And Get More In-Depth Stock Guidance and Research
By Rekha Khandelwal - Mar 13, 2021 at 6:16AM

An integrated oil major, a top refiner, and a Canadian pipeline operator look well positioned for the long term.

Higher oil prices have made investors interested in energy stocks again. Dual forces of less demand and excess supply that created a rout in oil prices last year seem to have flipped positions this year. OPEC's production cuts, now extended through April, are helping to keep supply in check. At the same time, improving demand expectations are further supporting oil prices and energy stocks. The S&P Energy Select Sector Index is up nearly 36% year to date, outperforming the broader S&P 500 index's 3% rise. Here are three energy stocks that should benefit from the improving energy markets.

With a market capitalization of more than $200 billion, Chevron (CVX 1.64%) is one of the largest integrated oil and gas companies in the world. On average, the company produced 3.08 million oil-equivalent barrels per day last year. Cratered demand and commodity prices impacted Chevron's performance last year. The company reported a loss of $5.5 billion for 2020, including an impairment charge of $2.6 billion in the second quarter relating to its investments in Venezuela. Chevron also revised its longer-term commodity price outlook, resulting in an impairment charge of $1.8 billion. Excluding one-off charges, Chevron's adjusted loss stood at $368 million for the year. 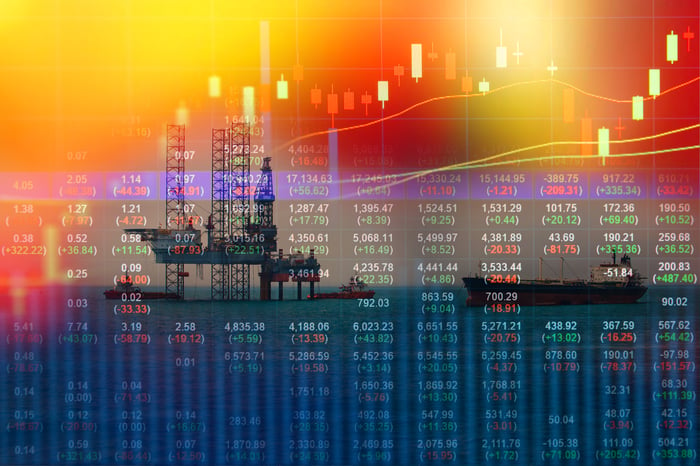 If demand and commodity prices remain robust, it would definitely help Chevron improve its performance this year. That should, in turn, support its stock's price. More importantly, Chevron's prudent capital management places it well for long-term growth. Combined with an attractive dividend yield of 4.7%, Chevron is one of the best bets in energy sector right now.

Refiner Valero Energy (VLO -0.57%) is another top energy company set to benefit from a recovery in demand for gasoline and other refined products. As the spread of COVID-19 gets controlled, people should return to normal driving patterns, boosting gasoline demand. The U.S. Energy Administration expects a rise in gasoline consumption this year, though it is still expected to be lower than 2019 levels. 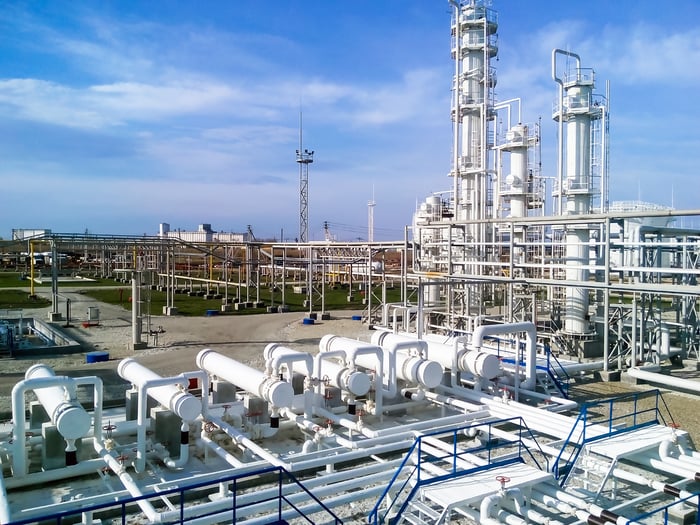 Though painful in the short term, a reduction in supply, coupled with improving demand, bodes well for refinery utilization rates and margins. Valero Energy hasn't announced any closure or conversion so far, likely in part due to the refiner's low cash operating expenses. At the same time, it is expanding its renewable fuel production capacity at its St. Charles facility. Valero looks to be one of the refiners poised to benefit from an expected recovery in demand for refined products. A 5% dividend yield, positive demand outlook, and Valero's operational strength makes it one of the top energy stocks to buy right now.

Canadian midstream company TC Energy's (TRP 1.25%) earnings rose last year, which was commendable considering that earnings of most energy companies fell, with some reporting huge losses. TC Energy's resilience can be attributed to its regulated gas transmission operations. At the same time, the company's liquids pipelines have benefitted from continued demand from refineries along the Gulf Coast. 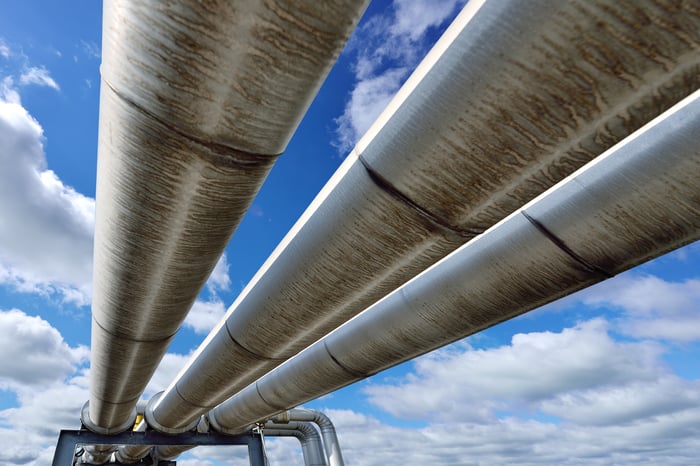 Though TC Energy's earnings are resilient during periods of low demand, the company does benefit if the demand for oil, gas, and products is higher. For example, lower demand has an impact, though limited, on the company's liquids pipelines volumes. Similarly, earnings from TC Energy's liquids marketing activity benefits from higher commodity prices. Around 95% of the company's earnings come from assets that are either regulated or backed by long-term contracts.

With 21 consecutive years of dividend growth, TC Energy looks well-positioned to continue growing its payouts. It has a projects backlog of 20 billion Canadian dollars, which should help it to increase its dividend by its targeted range of 5% to 7% in the coming years. In addition to attractive growth prospects, TC Energy stock offers a compelling yield of more than 5%.