You may think that innovation is rare in the banking sector. Here are three companies changing the way banks used to do things.

Big banks are often the target of creative destruction. Upstart companies figure out a way to improve one aspect of the seemingly hundreds of things that banks do and make a whole business out of it. It won't surprise anyone who has ever done business with a bank that there's room for improvement. And that means there's room for investors to profit.

Today we're going to look at three areas that specialized companies are doing better than the big banks. Creative destruction is a good source of growth ideas -- and as you'll see, even income investors can profit. 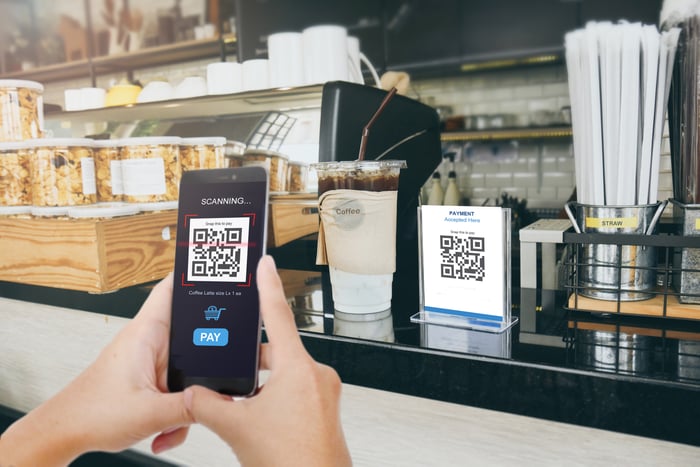 Merchant services is the fancy bank word for how businesses accept credit card payments. Traditionally, banks would provide merchant services equipment for a flat fee plus a percentage of all charges. The business owners would be responsible for integrating the system into their businesses.

Square (SQ -4.25%) made a splash when it entered the marketplace over a decade ago and offered entrepreneurs a way to start accepting payments by signing up online. You no longer had to have an existing bank relationship to make it worthwhile for the bank to start a merchant relationship.

Square has since branched out into providing the entire point-of-sale system, payroll services, and team management. It also recently announced that it will provide business loans. Don't be surprised if it can do that a lot more efficiently and profitably than traditional banks, using data already on its systems.

If you run a small retail shop, what's there to gain by paying big bucks to the bank instead of using Square's integrated system?

Once a business eclipses $10 million to $15 million or so in revenue, it can get a little lost in the finance arena. It no longer qualifies as a small business, and if it has always used community banking, its bank may not be able to lend to it anymore. Yet if it turns to a bigger bank, it can get lost in the shuffle of a massive portfolio of other borrowers the same size.

Main Street Capital (MAIN -3.57%) was founded to serve these lower-middle-market companies. Main Street offers debt capital to companies with revenue between $10 million and $150 million. It currently has $4.3 billion in assets under management.

Main Street currently has several SBICs (small business investment companies) that issue debentures, a kind of debt security issued to outside investors, to fund transactions. It is able to issue debentures at a low fixed rate because the Small Business Administration guarantees repayment.

Main Street leverages its SBICs and balance sheet to secure a lower-than-average cost of funds. That savings is passed on to portfolio companies and investors.

As a business development company (BDC), Main Street Capital is required to pay out 90% of its net income as a dividend. That currently translates into a 6.6% annual dividend yield. The monthly dividend payment has grown steadily since its 2007 inception.

Would it surprise you to learn that the top two mortgage originators in the U.S. (and three of the top five) are not banks? Maybe not, since that's the whole point of this article. We're going to talk about the No. 2 producer, United Shore Financial Services, which is part of UWM Holdings (UWMC 1.02%).

United Shore went public via SPAC in 2020. The business is franchisor-like: United Shore does not source customers. Instead, it provides brokers nationwide with the technology and back-office support needed to close the loans. This capital-light model should produce enticing returns for investors.

United Shore's return on equity (ROE) illustrates the effectiveness of its business model. From 2017 to 2019, the ratio ranged between 29% and 63%. Rocket Companies, which owns Quicken Loans (the only mortgage originator to eclipse United Shore's originations count in 2019), had a peak ROE of 27% over the past three years.