Investors appear to be taking a dim view of the potential dilution.

Despite good news for online sportsbooks, DraftKings (DKNG 0.00%) ended trading down 5.57%. The reason it dropped while some of its competitors saw solid gains in their stock value is its announcement of a $1 billion issue of convertible notes.

The convertible notes or bonds can be converted into cash, shares of common stock, or a combination, depending on DraftKings' decision when a holder opts for conversion. The risk of diluting the value of currently existing stock explains why traders sold off enough of their investments to drive down DraftKings' share value by well over 5%. 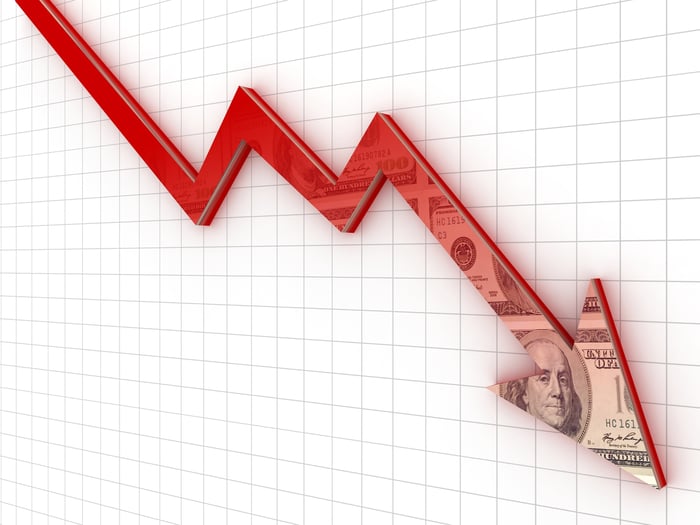 Adding to the initial $1 billion offering, DraftKings will offer the option to buy $150 million more senior convertible notes over the next 13 days to purchasers of the original tranche of notes. Both groups of notes are unsecured.

In a press release, DraftKings said the money it earns from the notes will be used for "working capital and general corporate purposes." The company already has $1.8 billion in cash on hand, making the reason for sale and its potential share dilution opaque, given the sports betting operator's ample liquidity. However, DraftKings' statement also said the money could go to funding "mergers and acquisitions and products or technology investments that DraftKings may identify in the future," raising the possibility the company is eyeing a major acquisition.

The company has seen several positive jumps in its share price recently, as part of its approximate 300% rise since its IPO, but it has also faltered on several pieces of news. An awkward integration with DISH Network broadcasts prompted one slump, while an even bigger drop resulted from a non-exclusive deal with MMA organization UFC costing more than $100 million.