Please ensure Javascript is enabled for purposes of website accessibility
Log In Help Join The Motley Fool
Free Article Join Over 1 Million Premium Members And Get More In-Depth Stock Guidance and Research
By Brett Schafer - Mar 16, 2021 at 7:21AM

The company is growing quickly and dominating its home market. 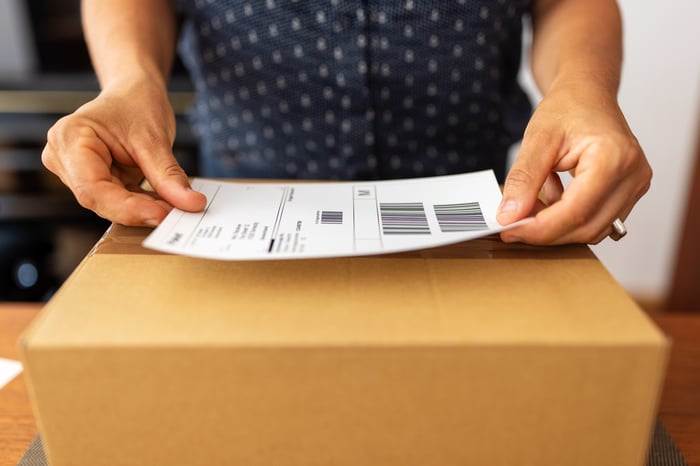 Coupang was founded with the goal of building an end-to-end e-commerce platform for the Korean market. Its flagship offerings are the Rocket Delivery service and the Rocket Wow membership (similar to Amazon Prime) that give people same-day and next-day delivery on millions of items. This part of the business is almost an exact match for what Amazon does in the United States and other markets. However, Coupang goes a step further by offering its members what it calls "Dawn Delivery," a program that delivers any item ordered before midnight by 7 a.m. the next day.

An interesting aspect of Coupang's journey is the fact it had to build out its own logistics network. Unlike North America and Europe, where UPS (UPS -5.96%) and FedEx (FDX -8.10%) had already invested billions of dollars in infrastructure that e-commerce start-ups could use, Coupang has built its own network from scratch. It took years and tons of capital spending to build, but the company now has 25 million square feet of warehouse space across 30 cities in Korea, with 70% of the country's population within seven miles of a fulfillment center. It also has 15,000 full-time delivery drivers that power its last-mile solutions, similar to what JD.com has built in recent years.

Coupang's logistics network powers other products besides the traditional e-commerce site, like Coupang Eats, a food delivery platform, and Rocket Fresh, which does grocery delivery. Coupang also offers MyStore, which allows small businesses to sell on Coupang and have access to its 15 million customers. Lastly, it provides Coupang Logistics, an offering that imitates what Amazon does with its third-party partners.

Taking all these business lines together, an observer can certainly compare Coupang to Amazon, but with shades of JD.com's vertically integrated logistics network and a little bit of DoorDash (DASH -8.29%) on top.

Coupang reported around $12 billion in revenue in 2020, which was up 91% from 2019 and more than 600% than in 2016. Gross margin expanded from 7.8% in 2016 to 16.6% in 2020, and operating cash flow over the past 12 months came in at $301 million. While margins aren't anything to get excited about, the expansion from sub-10% to close to 20% shows that Coupang is achieving efficiencies at scale. Coupang is already generating cash, which shows the business model can be sustainable over the long haul.

Free cash flow was negative in 2020, as Coupang spent almost $500 million on capital expenditures. However, that investment is necessary to fund the bold technology and delivery investments it is making. In its S-1 document, management says that its long term focus would be on increasing free cash flow while minimizing shareholder dilution. This should be music to any investor's ears.

A closing share price of $49.25 on its first day of trading put Coupang's market cap at $84.5 billion. This gives it a price-to-sales ratio (P/S) of 7.65, substantially higher than that of JD.com, a company with a comparable business structure, at 1.4. (JD is arguably a better financial comparison with Amazon on a P/S basis because of the high margins at AWS.) Couplang's market cap is also high relative to its $2 billion in gross profit, which reflects investor expectations for strong growth. Like with most IPOs, it is likely prudent to wait for two or more quarterly earnings reports and for the lock-up period to end, which is typically six months post-IPO, before thinking of buying shares in Coupang.

Coupang looks like a fantastic business. But with such a premium valuation, investors should exhibit discipline and patience before investing in the Korean e-commerce giant.