Please ensure Javascript is enabled for purposes of website accessibility
Log In Help Join The Motley Fool
Free Article Join Over 1 Million Premium Members And Get More In-Depth Stock Guidance and Research
By Daniel Sparks - Mar 17, 2021 at 7:31AM

The new product may be worth its high price tag after all.

Before Apple (AAPL 0.17%) announced AirPods Max, I was already interested. Ahead of their launch, rumors about the Apple-branded over-ear headphones were rampant. If the company could pull off a product as seamless as its AirPods, I knew I would be hooked.

For the most part, Apple delivered. The Dec. 8 announcement of the new headphones revealed an intuitive, wireless over-ear headphone set integrating nicely into the Apple ecosystem. This means automatic pausing of music when you take the headphones off, seamless integration with the iPhone for making calls and interacting with Siri, and easy pairing with Apple devices signed into a user's iCloud account. 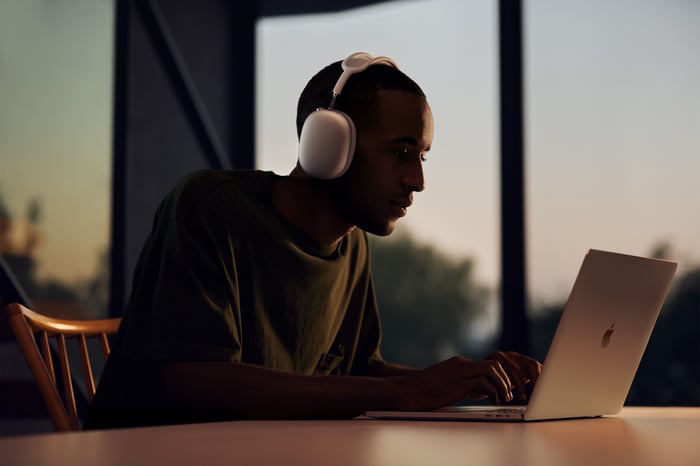 But there was one glaring issue: the price. At $549, the headphones were far more expensive than competitors' wireless over-ear headphones. For instance, Bose Noise Cancelling Headphones 700 are currently retailing for just $329.95 on the company's website.

The AirPods Max's comparatively high price tag initially kept me from pulling the trigger. But I eventually caved -- and I'm glad I did. Here's my story, as well as why these new headphones could morph into a meaningful catalyst for Apple's business.

As someone who has worked from home for nearly a decade, over-ear noise-canceling headphones have always been a worthwhile investment for me. In addition to the normal distractions that come with being at home, I have three children. Furthermore, COVID-19 recently magnified distractions -- as everyone seemed to always be at home.

Therefore, when my Bose QuietComfort 35 IIs stopped working (they would no longer turn off), I was quickly looking for a replacement. As it turns out, Apple had just announced AirPods Max. But I was initially uninterested in the headphones because of their high price. So I bought a pair of Bose Noise Cancelling Headphones 700. I expected a major upgrade to the wireless experience the Bose QuietComfort 35 II's offered. After all, the 700's were Bose's latest wireless headphone technology. Unfortunately, I mostly ran into the same wireless problems I had experienced with its predecessor, including a glitchy Bluetooth connection from time to time and some occasional issues when switching devices.

For someone who works from home full-time and wears noise-canceling headphones during virtually all of my work hours, these minor issues can become meaningful distractions and sometimes even weigh on my productivity. After attempting to fix these issues and having no luck, I decided I'd try paying up for Apple's AirPods Max. After all, AirPods are well known for their seamless wireless experience -- particularly when paired with other Apple products. 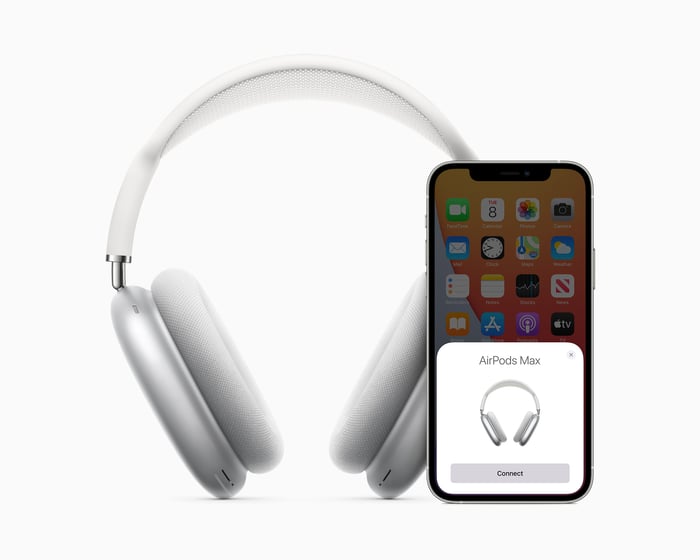 While the new headphones were back-ordered and took a while to arrive, I can say that my first week with these headphones has been better than expected. I haven't experienced a single glitch or issue with wireless connectivity. Meanwhile, the noise-canceling technology and sound both seem just as good as the Bose 700s, if not better.

While a $200-plus premium over competitors' comparable headphones is a steep price to pay for AirPods Max, it may be worth it for those who are as reliant on noise-canceling over-ear headphones as I am.

Clearly, I'm not the only one willing to pay a premium price for Apple's AirPods Max. Apple CFO Luca Maestri said in the company's fiscal first-quarter earnings call that the tech company had seen "a very high level of interest" in its new AirPods Max headphones. Demand has easily exceeded supply, with the headphones consistently displaying delayed shipping dates on Apple's website. Even today, AirPods Max are back-ordered. AirPods Max devices ordered today won't ship in the U.S. until between March 31 and April 7, Apple's website says as of this writing.

It's not surprising to see Apple's AirPods Max doing well. The company's AirPods product line has been wildly successful, playing a key role in driving strong growth in Apple's wearables. Apple's "wearables, home and accessories" segment has grown from $5.5 billion Q1 revenue in fiscal 2018 to about $13.0 billion in the first quarter of fiscal 2021, with AirPods devices being the primary driver of this growth. 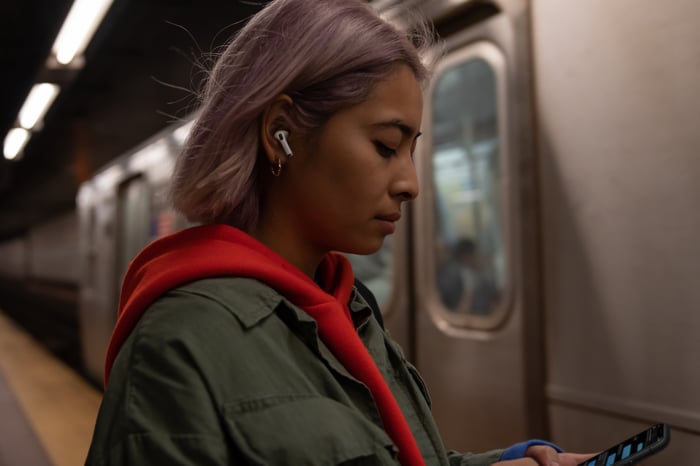 While AirPods Max may command a potentially audience-limiting price tag, Apple's ability to create a seamless experience could help the new product win over more consumers than expected -- just like Apple won me over.

Of course, this is just the first iteration of AirPods Max. As Apple always does, the company will likely release newer versions of the products in the years ahead, helping the tech giant's nascent wearables business continue growing rapidly as the company gives consumers more reasons to pay up for the premium product.