Shares of the newly public company dropped on weak guidance in its fourth-quarter earnings report.

Shares of Hims & Hers Health (NYSE: HIMS) were trading lower after the digital health company disappointed investors in its first earnings report as a publicly traded company. 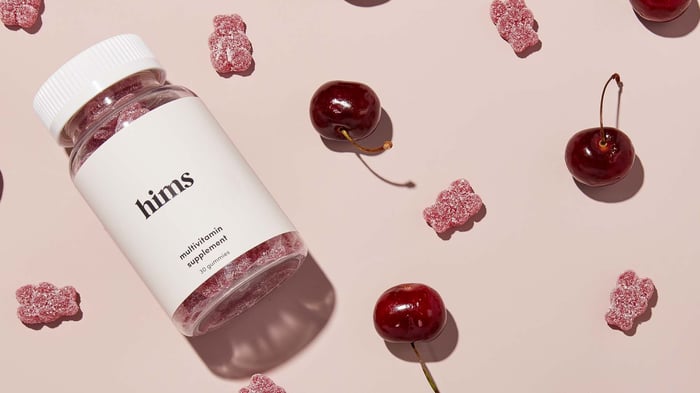 Image source: Hims and Hers.

Hims & Hers, which connects consumers with licensed health professionals, said revenue in the quarter jumped 67% to $41.5 million, which was slower than its 91% growth rate in the third quarter and was essentially flat sequentially as management noted ad rates spiked because of the 2020 election and the holiday shopping season, crimping return on ad spend.

Gross margin was strong at 77%, up significantly from 61% in the quarter a year ago, as the company added revenue but held its cost basis essentially the same. That helped narrow its adjusted EBITDA loss from $11.9 million to $3.1 million. On the bottom line, its loss of $0.07 per share beat estimates at $0.16.

CEO Andrew Dudum said, "We closed out this important year for Hims & Hers on a high note, meeting or exceeding the expectations for 2020 performance in our roadshow this past fall, including 80% revenue growth year-over-year and improved gross margins."

Hims & Hers went public through a SPAC deal with Oaktree Acquisition in January, and investors still seem to be struggling to determine a fair value the company.

The biggest reason for the sell-off today seems to be the company's guidance, which called for revenue of $195 million to $205 million in 2021, just 34.4% growth at the midpoint, a steep drop-off from the 80% growth it posted last year. That may just be conservative guidance as it's calling for more than 60% growth in the first quarter, but it's easy to see why that target spooked investors.