The company has also pushed back the release date of "Black Widow" by two months.

Is simultaneous releasing the future of the movie business? If Walt Disney's (DIS 3.51%) latest moves are any indication, the answer is yes.

On Tuesday, the entertainment giant announced several adjustments to its upcoming film release slate. The most striking items among these are the scheduled debuts of two summer season tentpoles, Black Widow and Cruella. Both will be released on the company's massively popular Disney+ streaming service and in cinemas on the same day. In Cruella's case, that day is May 28, while Black Widow will arrive on July 9 -- more than two months after the film's original planned release. 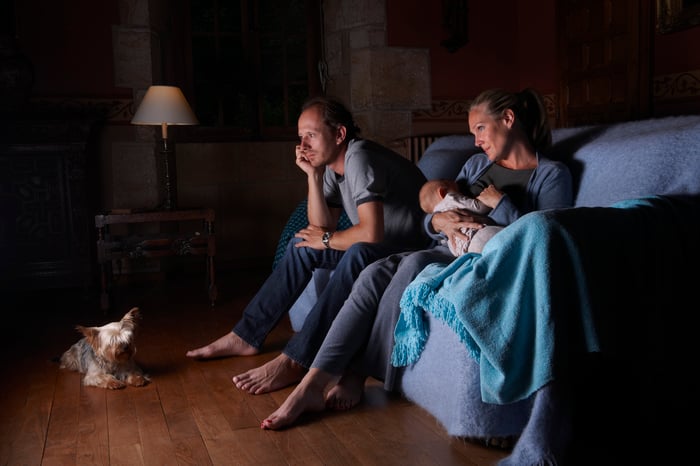 Black Widow is the latest superhero offering from Disney's Marvel Cinematic Universe (MCU), with Scarlett Johansson as the title character. Cruella, starring Emma Stone, is an origin story centered around the villain from the classic animated film 1,001 Dalmatians.

News of Black Widow's rescheduling and parallel Disney+ release won't be taken well by movie theater operators, already reeling from the devastating effect of the coronavirus pandemic on their business. The spider's original release date was barely over one month away, and they were looking forward to the crowds soon returning in force for the latest Disney/Marvel offering.

For Disney shareholders, the news is more encouraging. As it did with the previous Disney+ big-budget movie debuts of Mulan and Raya and the Last Dragon, the company will charge a steep price ($30) for viewers to screen Black Widow through the service. Given the fervency of MCU devotees, there are sure to be a lot of takers on opening weekend, and the company will make a pretty penny.