Find out what Cathie Wood and her investment management company decided to buy for its space exploration fund.

One of the most popular professional investors in the business over the past year has been Cathie Wood, the chief investment officer and founder of ARK Invest. On Tuesday, the company's latest exchange-traded fund (ETF) started trading, and investors flocked to the new ETF's  shares. Yet some might be surprised to see what they're actually buying, especially among the top three names in the fund's holdings list.

ARK Space Exploration & Innovation ETF (NYSEMKT: ARKX) started trading on Tuesday morning, with its first trade going out at $20.50 per share. ARK Invest published a list of holdings as of this morning, but the list represented only the roughly $4 million in seed money with which the ETF started. As of early afternoon, the ETF had already traded about 50 times that much in total share value. 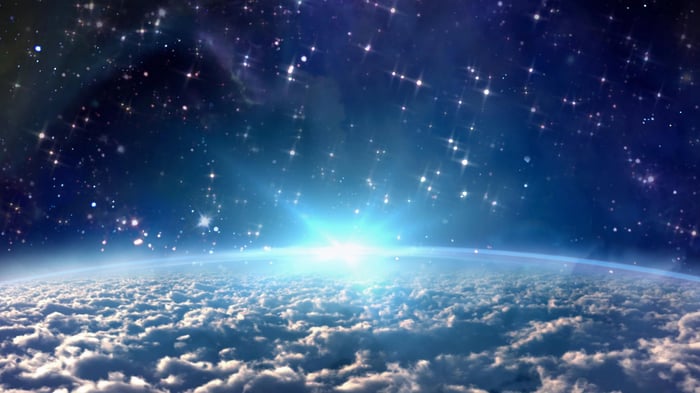 The ETF's investment objective is to primarily own stocks of companies involved in space exploration, which ARK defines as "leading, enabling, or benefiting from technologically enabled products and/or services that occur beyond the surface of the Earth."

At least as of the ETF's start, Wood and her team had more than 20% of the fund's assets invested in three things. The biggest holding, at 8.6%, was Trimble Navigation (TRMB -0.94%), which has worked in many areas to link the physical and digital worlds together. Its core technologies are in positioning, modeling, connectivity, and data analytics, and Trimble uses its expertise to come up with a variety of different solutions for companies ranging from transportation and logistics to construction and agriculture. For instance, one Trimble offering allows automated farm equipment to use GPS navigation to plant, fertilize, and harvest crops. Trimble has been a top holding in the ARK Autonomous Technology & Robotics ETF (ARKQ -2.26%), but it has definite applications for space exploration as well.

For the space ETF's second-biggest holding, Wood adopted a fund-of-funds approach, using ARK Invest's own 3D Printing ETF (PRNT -1.01%). Unlike ARK Invest's best-known ETFs, 3D Printing is index-driven, with top holdings including hardware, design, software, scanning, and materials plays. With its own expense ratio of 0.66%, 3D Printing is essentially a double-dip on the roughly 6% of the Space Exploration ETF's assets that go into it, but it's an efficient way for Wood to get 3D printing exposure without buying a host of individual stocks.

Finally, Kratos Defense and Security Solutions (KTOS -4.41%) comes in as the No. 3 pick, with an allocation just under 6%. Kratos makes drones, defense electronics, and other products, largely as a defense contractor to the U.S. government. Kratos is a small holding in the ARK robotics ETF, but it appears to be playing a much larger role here.

Shareholders have high hopes that the latest ARK Invest fund will be able to match the recent performance of its predecessors, but expecting a double from current levels will be a tall order. Investors interested in space investing should watch closely to see what moves Wood and her team make in the days to come, as the fund pulls in a lot more assets to put to work.

2 Under-the-Radar Nasdaq Stocks Cathie Wood Loves Right Now
Why Caesarstone, Kforce, and Trimble Navigation Are Today's 3 Best Stocks
How Wrong Can You Be About the Crash Still to Come?