It's going to provide the next-generation network to a busy port in the U.K.

Although Verizon Communications (VZ 0.88%) continues to hype its 5G rollout in the U.S., its latest win with the technology comes from across the Atlantic Ocean. On Thursday, the telecom giant announced that it has signed its first European private provider deal with the technology.

The counterparty is Associated British Ports (ABP), the company responsible for such facilities, and the deal covers the Port of Southampton in the south of England.

Verizon did not say how much it is being paid for this work. It also didn't provide a time frame or duration for the project. 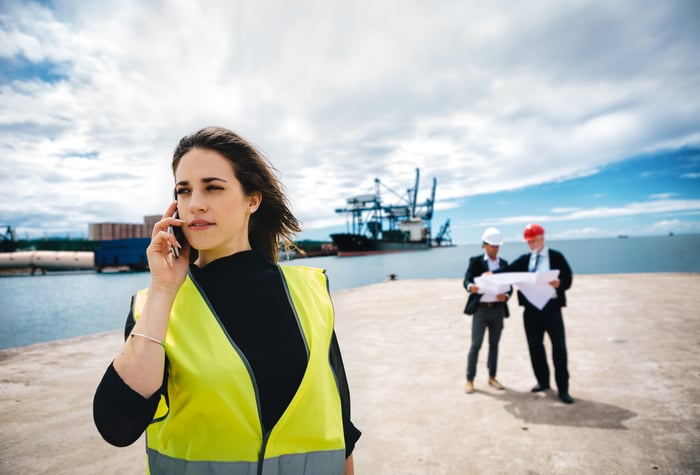 Helping Verizon implement the high-speed, low-latency network at the port will be European telecom stalwart Nokia.

The scale of the project is large. Verizon said that Southampton is the No. 1 port in the U.K. for both automobiles and cruise ships. Roughly 900,000 cars pass through it every year, as do millions of cruise passengers. Verizon's private 5G platform will provide coverage in certain areas located in the east and west docks of the large port.

Echoing the themes that it uses in its marketing material for 5G, Verizon wrote in the press release on the deal that for the port, "the advanced capabilities of private 5G, specifically its reliability, throughput, security and ultra low latency can help enable the use of new technologies such as real-time analytics, the Internet of Things (IoT) and Machine Learning."

While Verizon's public 5G in the U.S. is still very patchy in the relatively early phases of its rollout, the ABP deal is a promising sign that demand exists for private network services. On Thursday, Verizon's stock crept up 0.3%.