Please ensure Javascript is enabled for purposes of website accessibility
Log In Help Join The Motley Fool
Free Article Join Over 1 Million Premium Members And Get More In-Depth Stock Guidance and Research
By Beth McKenna - Apr 5, 2021 at 7:00AM

This fast-growing smart-glasses maker would be a smart addition to the risk-tolerant investor's watchlist.

Shares of Vuzix (VUZI -1.62%), a supplier of smart glasses and augmented reality (AR) technology, surged 35.2% in March, according to data from S&P Global Market Intelligence. 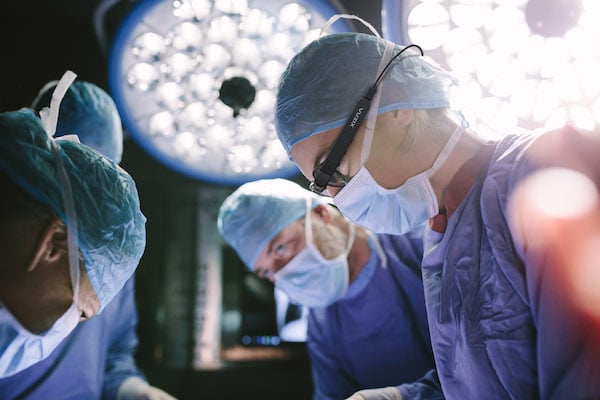 On March 17, the small-cap growth stock soared 16% following the company's announcement that it had received "an initial deployment order totaling approximately $400,000 for Vuzix M400 Smart Glasses from a Fortune 100 U.S.-based insurance and financial services company." The company's insurance agents will use the smart glasses to capture claim-related data, according to the press release.

The next day, shares tacked on nearly 21%. This move was probably a continuation of the rally from the previous two days.

Last month, Vuzix announced its fourth-quarter and full-year 2020 results. However, this March 15 event didn't lift the stock, as shares fell nearly 15% the following day. The decline probably wasn't caused by the results, however, as they were robust, but by a stock downgrade from a Wall Street analyst. The analyst at Maxim Group who covers the company downgraded the stock's rating from buy to hold. Given how fast the stock has run up in 2021, as the following chart shows, it seems likely the downgrade was simply due to valuation reasons.

In the fourth quarter of 2020, Vuzix's revenue soared 117% year over year to $4.2 million, beating the $4.0 million Wall Street was expecting. Growth was driven by higher sales of both smart glasses and engineering services, the company said. Net loss narrowed to $0.09 per share, from $0.31 per share in the year-ago period. That result also surpassed the analyst consensus estimate, which was for a loss of $0.11 per share. 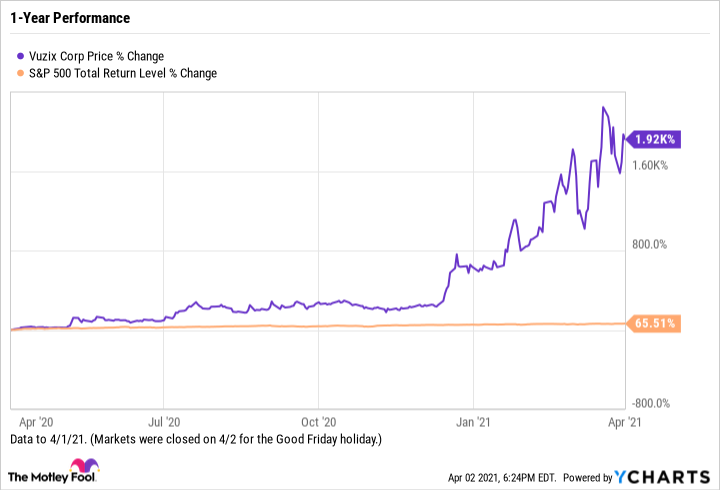 We are well positioned to achieve significant year-over-year comparative revenue growth in our first quarter and throughout 2021, thanks to the growing success of our M-Series and Vuzix Blade Smart Glasses across key market verticals that include healthcare, field service, manufacturing and warehouse and logistics, as well as expected contributions from our OEM [original equipment manufacturer] business group.

Vuzix is worth putting on your watchlist, provided you're a risk-tolerant investor.