The company has certain key advantages over its rivals.

Has beaten-down Norwegian Cruise Line Holdings (NCLH -11.51%) stock reached a bottom? Goldman Sachs analyst Stephen Grambling believes it's got potential for a bounce; on Tuesday, the prognosticator upgraded his recommendation on the shares from neutral to buy. He also placed a $37 per-share price target on the stock, which if realized would mean a 38% increase over the most recent closing price. 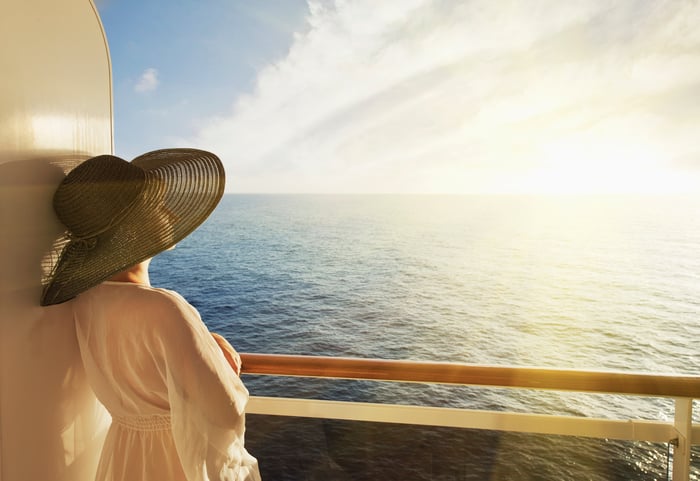 This analysis comes one day after Richard Fain, CEO of Norwegian's rival Royal Caribbean Cruises (RCL -6.19%) made encouraging remarks in a video address. In what's surely an attempt to get the Centers for Disease Control (CDC) to lift its moratorium on cruises, Fain pointed out that more than 400,000 people have gone on cruises during the pandemic in countries that have allowed such voyages to resume.

"That successful experience has not only given us comfort about the safety of cruising, but it has also given us data to discuss with the CDC and other health authorities," he said. He added that the CDC is indicating that the moratorium could be lifted as soon as mid-July.

Norwegian might be carting passengers around before then, as the company has formally requested the CDC to allow it to relaunch cruises on July 4. It has pledged to implement stringent health protection measures for its crew members, including mandatory vaccinations and widespread testing.

On Tuesday, Norwegian's shares closed almost 4.4% lower, against the slight decline of the S&P 500 index on the day.