Please ensure Javascript is enabled for purposes of website accessibility
Log In Help Join The Motley Fool
Free Article Join Over 1 Million Premium Members And Get More In-Depth Stock Guidance and Research
By Daniel Foelber - Apr 25, 2021 at 8:32AM

Kinder Morgan (KMI -1.33%) reported its first-quarter earnings on Wednesday. Pipeline companies aren't known for wowing Wall Street, but Kinder Morgan did nothing short of blow expectations out of the water. 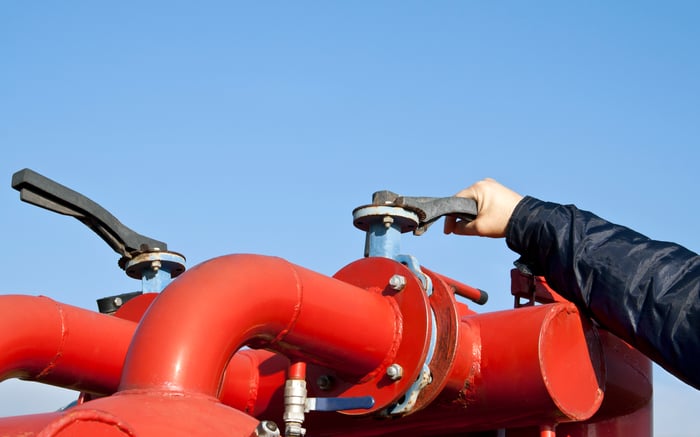 The most-recent quarter was a perfect storm, quite literally, for Kinder Morgan. Three factors were at play: the Texas winter storm, the company's Permian Highway Pipeline going into service, and higher oil and gas prices. The result was Kinder Morgan's highest quarterly revenue and net income in 10 years -- $5.21 billion in revenue and $1.41 billion in net income. Although this one-off windfall will boost the company's short-term performance, it doesn't meaningfully change the long-term investment thesis.

Roughly 80% of its Texas intrastate pipelines operate on a take-or-pay fee structure, which means that customers can either take products at a predetermined price or pay a penalty. According to Kinder Morgan, prices rose by as much as 100-fold during the week of the storm. Although the company's upside was capped, it still was able to benefit from the price surge because its pipeline and storage assets were able to operate during a time when so many other companies could not.

While take-or-pay and fee-based contracts limit upside, they also protect against downside risk. Over 90% of Kinder Morgan's cash flow comes from these types of contracts, which was the main reason why its business performed well in 2020 despite much lower oil and gas prices. It's easy to view these contracts as a negative when times are good, but the protection they add when times are bad makes them ultimately worthwhile.

Unsurprisingly, Kinder Morgan increased its full-year 2021 guidance. Here's how it compares to its 2020 results, as well as the previous guidance it gave in its February investor presentation.

Even without the raised guidance, Kinder Morgan's projected $2.1 billion in net income would give it a forward price-to-earnings (P/E) ratio of roughly 18. With the new guidance, its forward P/E is less than 14, pushing Kinder Morgan into value territory.

No company's guidance should be taken for granted, but Kinder Morgan certainly deserves recognition for being spot on with last year's projections. In April of last year, when the pandemic was in full swing and uncertainty was high, Kinder Morgan released full-year 2020 guidance that ended up being more than 99% accurate. Whether the forecast is good or bad, it benefits investors to get an accurate reading on where a company is headed.

After hinting at a dividend raise late last year, Kinder Morgan verified an increase from $0.2625 per share per quarter to $0.27 per share per quarter, or $1.08 per year -- giving the company a dividend yield of 6.3%. If its DCF guidance is accurate, Kinder Morgan will earn roughly $2 billion in excess of discretionary capital and dividends. The company earmarked up to $450 million for share repurchases, which it should be able to afford based on this guidance.

Management continues to focus on the strength of Kinder Morgan's cash flow and dividend, even if it means cutting spending on growth projects. Rich Kinder put it well during the company's first-quarter conference call:

At Kinder Morgan, we remain guided by what we believe is a sound corporate philosophy, fund our capital needs internally, maintain a healthy balance sheet, and return excess cash to our shareholders through dividend increases and opportunistic share repurchases. We think this is a recipe for long-term financial success for KMI and its shareholders.

Like many of its peers, Kinder Morgan was burned by the oil and gas downturn of 2014 and 2015. After suffocating under ballooning debt and slashing its dividend, Kinder Morgan has spent the last few years rebuilding its reputation and regaining shareholder trust.

Put another way, Kinder Morgan is pitching itself as a stable slow-growing cash cow that will funnel the majority of its earnings to shareholders through its dividend. This is fantastic news for dividend investors who want to generate income from reliable sources that outpace inflation. However, investors looking for growth should look elsewhere. 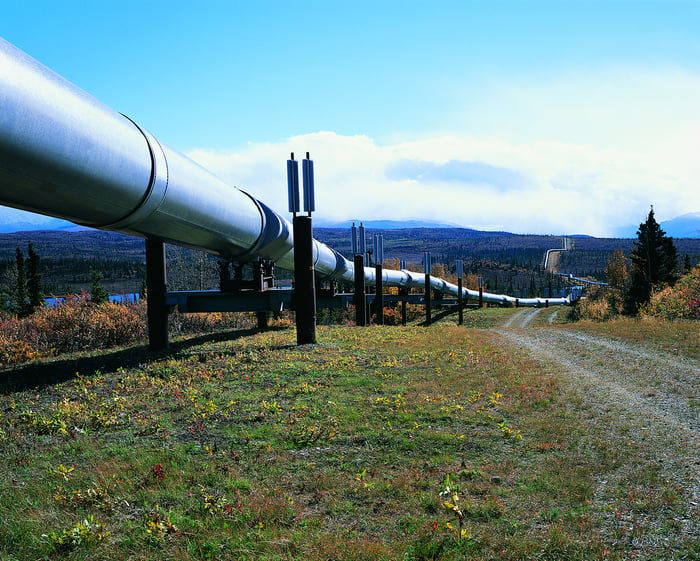 From a peak of $43 billion in 2015, Kinder Morgan has reduced its debt to $30.7 billion today. The company seems inclined to use the extra cash from the Texas winter freeze to improve its balance sheet instead of investing in growth opportunities. It expects to finish 2021 with a net debt-to-adjusted EBITDA ratio between 3.9 to 4, a big improvement from 4.6 at the end of 2020 and well ahead of its long-term target of 4.5.

Kinder Morgan is flashing signs that value and dividend investors look for. Unlike many energy stocks, it was able to perform well throughout 2020. Then, Kinder Morgan got a big boost to start off 2021. With a dividend that yields over 6% when the average stock in the S&P 500 yields just 1.3%, Kinder Morgan looks to be a solid buy right now.