Please ensure Javascript is enabled for purposes of website accessibility
Log In Help Join The Motley Fool
Free Article Join Over 1 Million Premium Members And Get More In-Depth Stock Guidance and Research
By Adria Cimino - Apr 26, 2021 at 6:00AM

Have you ever noticed how some investment portfolios seem to hold up no matter what? That's probably because they contain a few safe and sure plays to buoy them through tough times. Now, the big question is how to choose stocks most likely to perform well during a market crash.

There are a few important things to consider. One is the ability of the company to continue generating revenue during a difficult period. Another is the company's overall financial strength and stock market track record. And finally, it's important to consider the company's brand strength or loyalty of customers. Let's take a look at three stocks that offer some of these characteristics -- and make great stocks to buy if the market crashes. 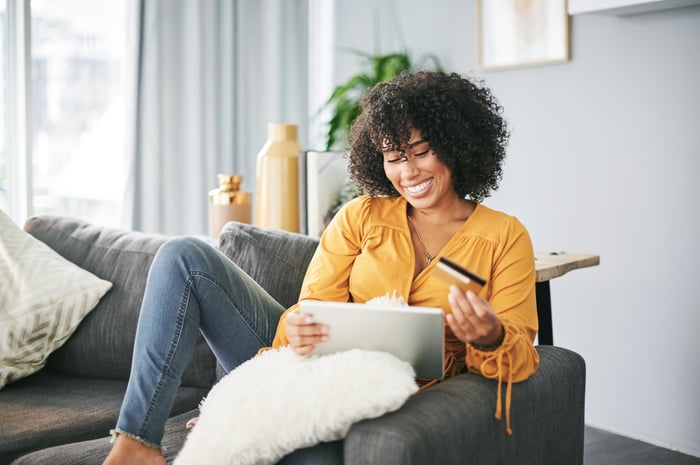 Target's (TGT 0.81%) selection of essentials and practical discretionary items mean it's likely to post rising sales even during difficult periods. The company has been expanding its grocery offering over the past couple of years. And last year it made fresh and frozen grocery items available for pickup in most locations nationwide.

Digital gains are likely to continue. Even prior to the pandemic, Target already had been growing digital sales more than 25% annually over six consecutive years. And net income has climbed for the past three years.

Disney (DIS 1.84%) swung to a loss last year as the coronavirus temporarily closed its biggest revenue driver: its parks. The parks, experiences, and products business in 2019 made up 38% of sales. Disney closed its parks in March 2020. The Florida parks -- including the Magic Kingdom -- reopened in July. But Disneyland in California remained closed -- it's now set to open on April 30.

Still, Disney shares have advanced more than 80% over the past year. Disney's streaming services including Disney+ offered investors a reason for optimism. That business unit posted an 81% increase in revenue for the 2020 fiscal year. And subscriptions have grown much faster than Disney expected. In the first quarter ended Dec. 31, Disney+ had 94.9 million subscribers. Back in 2019, Disney forecast 60 million to 90 million subscribers by fiscal 2024.

Disney also benefited from confidence that fans would return once parks reopened. Disney parks were the world's most popular by attendance prior to the pandemic, according to a TEA/AECOM report. So, if Disney shares can hold up during park closures, I'm confident they can make it through any future market crashes.

Procter & Gamble (PG 1.61%) shares generally have climbed over time. The stock advanced more than 100% over the past decade, for example. And investors can expect to benefit from dividends as well. The company has increased dividends for the past 65 years. Earlier this month, P&G announced a 10% increase in the quarterly dividend to $0.87 a share. That represents a $3.48 annual dividend and a 2.58% yield. P&G will pay more than $8 billion in dividends this fiscal year.

In the most recent earnings report, P&G showed it's advancing in an important growth area. I'm talking about e-commerce. P&G said 14% of its business worldwide now comes from e-commerce. And the company is making efforts to make its products stand out for online customers. For instance, it's focusing on packaging that can withstand a bumpy journey to the customer's home.

The nature of P&G's business makes it one that can still grow revenue during market crashes and difficult times. This, along with its growth so far, dividend, and e-commerce efforts make this stock one that can manage any future market crash.