After a historic year for the business, there's still a long way to go. Investors need to look beneath the headline numbers.

Netflix (NFLX -0.98%) reported first-quarter 2021 results last week and disappointed many analysts and investors with its subscriber numbers. After adding an incredible 37 million members last year, the streaming giant only managed to sign up 4 million in the first three months of this year.

This missed estimates by management (6 million) and Wall Street (6.2 million), causing the stock price to fall about 8% since Tuesday's market close. To make matters worse, the company is forecasting just 1 million subscriber additions in the current quarter.

The coronavirus pandemic led to a surge in Netflix's business in 2020, but now investors are concerned that growth going forward will slow as people spend more time away from home and competition in the space heats up.

If we take a step back for a second, though, we'll see that Netflix is doing just fine. Here's a tip for investors regarding this latest news: don't worry. 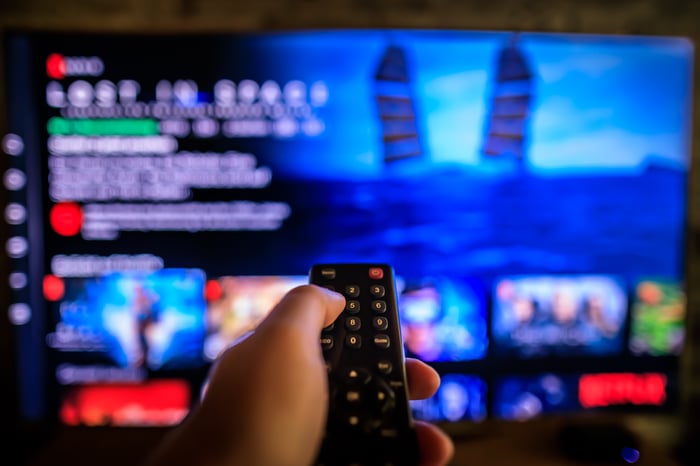 Still the leader in streaming entertainment

Revenue in the quarter still increased 24% year over year as a result of pricing increases in the U.S. late last year. And average revenue per user (ARPU), a key metric for any subscription-based business, rose 6%. Netflix claimed higher engagement as well as lower member churn in the quarter compared to last year, further calming investor fears. These are still very healthy numbers.

Operating income nearly doubled from Q1 2020 due to lower content spend. But normal production schedules are now up and running in all regions except Brazil and India. And the company expects to spend $17 billion on content this year, more than the $12.5 billion it spent in 2020.

This will pressure profits and cash flow, but it will help drive subscriber growth in the second half of the year as a heavier slate of new releases comes out. Furthermore, none of the other competing services spends anywhere close to what Netflix does, cementing its first-mover advantage in the industry as it spreads those costs out over a massive subscriber base.

To add to the discussion on competition, in the most recent earnings call, co-founder and co-CEO Reed Hastings highlighted that other, newer services entering the market were not to blame for the subpar quarter. "Our largest competitor for TV viewing time is linear TV, our second largest is [Alphabet's] YouTube, which is considerably larger than Netflix in viewing time and [Walt] Disney is considerably smaller," he said.

I tend to agree with him. And if newcomers streaming services like Disney+ and AT&T's HBO Max give you pause, then consider this: About 90% of customers to these two services also subscribe to Netflix, while only 20% and 50% of Netflix subscribers are also customers of HBO Max and Disney+, respectively. This demonstrates the value proposition Netflix offers.

Netflix is still the leader in streaming. As it continues to spend billions on award-winning content, membership will keep rising over time, particularly overseas. Even if the company only adds 9 million total customers during the rest of the year, that would still equate to 50 million over the last two years. Investors should take this pessimism surrounding the stock (and the short-term price drop) as an opportunity to buy shares.

Additionally, the company is on the verge of being sustainably cash-flow-positive, with planned share repurchases supporting shareholder returns. Although the pandemic boost has faded, investors don't need to worry.