In three of those seven years, it will broadcast the Stanley Cup Finals exclusively.

The National Hockey League (NHL) has found a TV home for the next seven years. AT&T (T -0.38%) entertainment unit WarnerMedia and the league announced Tuesday that Turner Sports will begin airing NHL games starting with the 2021-2022 season. The sweeping deal includes the Stanley Cup Finals and 50% of the playoff games, plus the annual NHL Winter Classic played in an outdoor stadium.

In three of the seven years covered by the agreement, WarnerMedia's TNT will crown the Stanley Cup champion and broadcast the final series exclusively. Similarly, it will air half of each preceding round of the playoffs (there are three: the first round, second round, and conference finals). 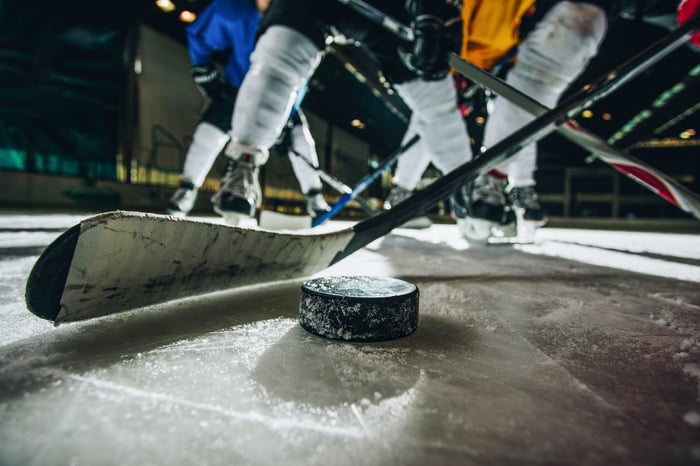 As with any respectable big-ticket media deal these days, the AT&T/NHL pact is a multimedia agreement. Live-streaming and digital rights across AT&T's properties, such as the popular HBO Max, are included. So customers will be able to watch games on mobile devices, PCs, and various other screens and platforms.

"We're delighted to spotlight the world's best hockey league on our leading networks, while continuing to further elevate this marquee property through an ever-expanding array of digital platforms in the years to come," said WarnerMedia News & Sports chairman Jeff Zucker.

The company did not provide any financial details of the arrangement, nor did it give any forecasts as to how it would impact AT&T's overall results.

Professional hockey is a drop in the bucket compared to the media and telecom ocean that is AT&T, so this deal probably won't move the needle much on the company's stock. On Tuesday, AT&T shares dipped by 0.5%, against an S&P 500 index that was flat on the day.