Please ensure Javascript is enabled for purposes of website accessibility
Log In Help Join The Motley Fool
Free Article Join Over 1 Million Premium Members And Get More In-Depth Stock Guidance and Research
By Eric Volkman - Apr 27, 2021 at 10:00AM

The rideshare company will partner with a Toyota subsidiary on certain aspects of the technology.

Like its peer and rival Uber Technology (UBER 0.71%), rideshare giant Lyft (LYFT 2.65%) is stepping away from proprietary attempts to develop self-driving cars. The company announced Monday that it has signed a deal to sell its Level 5 autonomous driving unit to Toyota (TM 1.71%) subsidiary Woven Planet Holdings.

The price is roughly $550 million, all of which will be paid in cash. Lyft will receive $200 million up front, and the remainder in payments spaced out over a five-year period.

This should have a familiar ring to observers of the rideshare sector. In December, Uber shed its self-driving unit, the grandly titled Advanced Technologies Group, to privately held auto tech company Aurora. 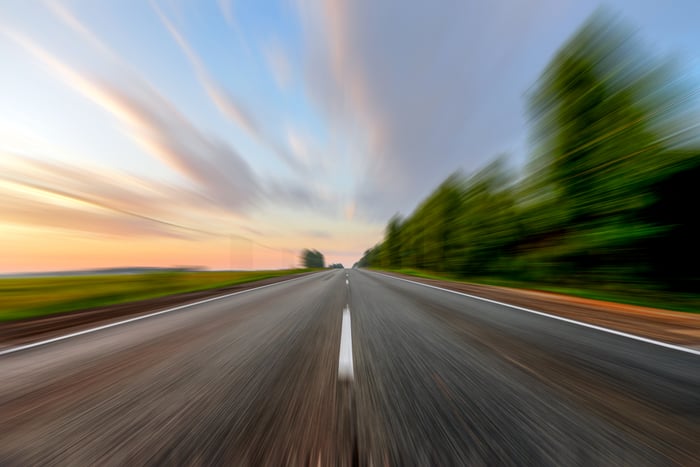 The difference between the two deals is that Uber will still theoretically have one finger in the autonomous-vehicle pie. The Aurora arrangement also includes a strategic partnership between the pair of companies, which includes a $400 million investment in Aurora. Uber CEO Dara Khosrowshahi has also become a member of Aurora's board.

Lyft isn't plowing any capital into the already well-capitalized Toyota. But it said that it will be a partner of the company under "multi-year non-exclusive commercial agreements between Lyft and Woven Planet to accelerate the development and enhance the safety of automated driving technology."

Lyft added that these agreements cover "the utilization of Lyft system and fleet data to accelerate the safety and commercialization of the automated-driving vehicles that Woven Planet will develop."

Rideshare is a difficult business, recently made much more difficult by the stay-in-place measures brought about by the pandemic. Uber and Lyft are impatient to cut their frequently considerable losses, and jettisoning noncore divisions and activities will help achieve that goal.