Please ensure Javascript is enabled for purposes of website accessibility
Log In Help Join The Motley Fool
Free Article Join Over 1 Million Premium Members And Get More In-Depth Stock Guidance and Research
By Cory Renauer - Apr 27, 2021 at 6:55AM

The synthetic biology upstart will have enough cash to hit the ground running.

Polymer manufacturing technology has come a long way since a random guest at Mrs. Robinson's pool party told Dustin Hoffman there's a great future in plastics. Mr. McGuire was right, but his head would have exploded if he knew what synthetic biology upstarts like Zymergen (ZY 8.03%) had in store. 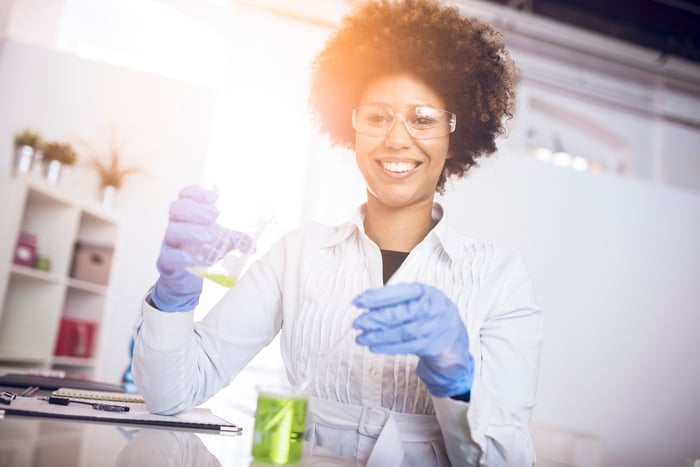 Zymergen's unique approach combines machine learning with robotic automation to create and test millions of genetic strains at a time. Last December, the company began a soft launch for its first product, Hyaline. This is a clear polyimide film for building next-generation smartphone screens and flexible printed circuits with properties similar to the Kapton brand from DuPont (DD 0.84%).