Please ensure Javascript is enabled for purposes of website accessibility
Log In Help Join The Motley Fool
Free Article Join Over 1 Million Premium Members And Get More In-Depth Stock Guidance and Research
By Rich Duprey - Apr 27, 2021 at 9:05AM

The rapper's rays of sunshine are said to resemble the retailer's spark.

Walmart (WMT 0.71%) says rapper Kanye West is veering too close to the retailer's signature "spark" logo with his trademark application for the Yeezy brand.

Walmart's logo consists of yellow lines arrayed in a circle; West is looking to trademark eight dotted lines "arranged at equal angles as rays from a sun." The retailer filed a notice of opposition with the U.S. Patent and Trademark Office objecting to the mark because it says their similarity "is likely to cause confusion, mistake and deception." 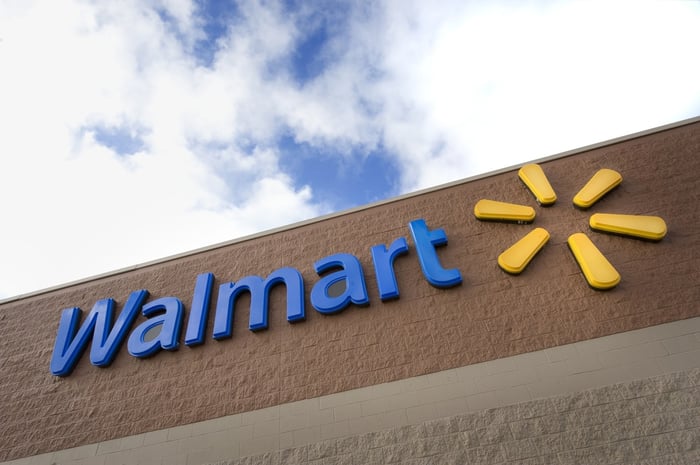 Walmart has been using the logo since 2007 and has slapped it on everything from its store signs to goods and services it produces, including using it when promoting music and entertainment, so that the design is closely associated with the retailer.

West, though, may arguably have even more expansive designs on where his version of the logo will be seen. As industry site Retail Dive first reported, the musical artist wants his sun rays to appear not just on music products, services, and clothes, but also on retail stores, hotel services, and even metallic and non-metallic modular homes.

Last year, West partnered with Gap to bring a line of clothes to the apparel retailer and as Retail Dive notes, he created a logo with the letters YZY that closely resembles Gap's own design.

West is trying to build Yeezy into something much more than a narrowly constricted brand like the sort Michael Jordan has with Nike, but Walmart may cloud his ability to use his rays of sunshine to do so.