Please ensure Javascript is enabled for purposes of website accessibility
Log In Help Join The Motley Fool
Free Article Join Over 1 Million Premium Members And Get More In-Depth Stock Guidance and Research
By Daniel Sparks - Apr 27, 2021 at 11:43AM

The electric-car maker didn't deliver the blowout quarter some investors were hoping for.

The growth stock's decline followed the electric-car maker's first-quarter earnings release after market close on Monday. While the results were solid, they didn't feature the wow factor some analysts and investors had been hoping for. 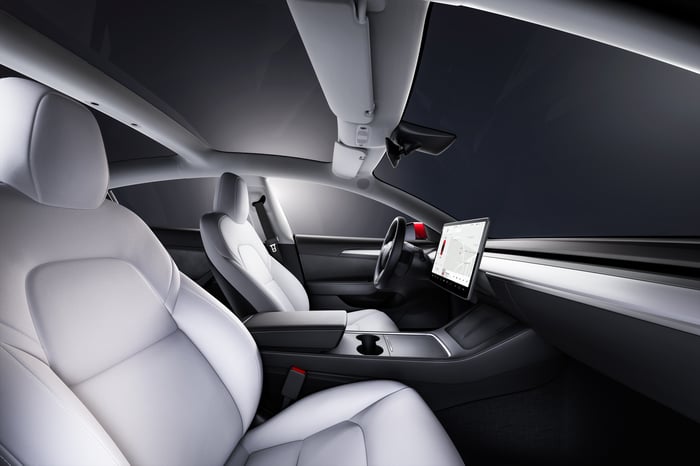 Analysts seemed largely unimpressed with the quarter. JPMorgan analyst Ryan Brinkman said earnings before interest and taxes were worse than expected, particularly when excluding the lift Tesla received from sales of regulatory credits. Jefferies analyst Philippe Houchois called the quarter's results "mixed," and he reaffirmed a $700 12-month price target. Wedbush analyst Daniel Ives, however, kept a $1,000 price target on the stock and said that Tesla's production capacity expansion plans and the company's rate of new vehicle orders are both promising.

For the full year, Tesla reiterated its previous prediction that vehicle deliveries will increase more than 50% year over year in 2021. In addition, management said Tesla is on track to start production and deliveries of vehicles from its new factories in Berlin and Texas later this year.