Please ensure Javascript is enabled for purposes of website accessibility
Log In Help Join The Motley Fool
Free Article Join Over 1 Million Premium Members And Get More In-Depth Stock Guidance and Research
By Jason Hawthorne - May 4, 2021 at 9:46AM

Analysts gained even more confidence in the company after an impressive investor day.

Shares of Crowdstrike (CRWD 6.34%) gained 14.2% last month according to S&P Global Market Intelligence. A broad recovery in technology stocks and an impressive investor briefing served as the catalysts for the rise. The cloud security provider is firing on all cylinders and took advantage of the opportunity to show off. 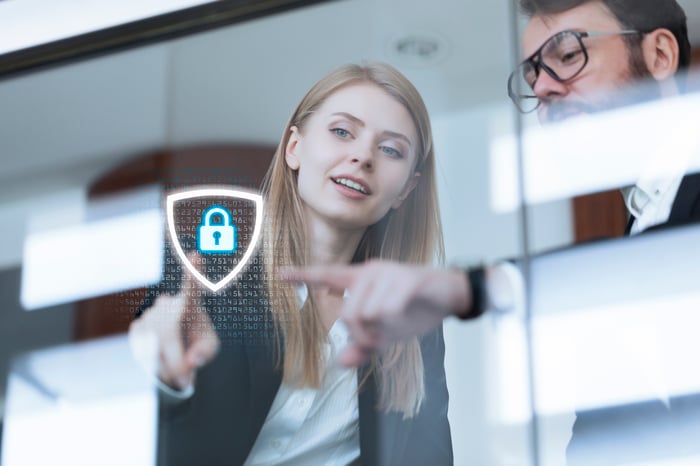 The event on April 8 summarized results, the company's progress in product development, and the opportunity it sees ahead. Management pointed to the combination of digital transformation, emerging demand for cloud services, and an elevated threat environment as strong tailwinds for continued growth.

Analysts agreed and came away from the event with praise. The company projected $3 billion in annual recurring revenue by 2025, but analysts think that's conservative.

Management also highlighted its continued innovation, having grown from 10 security modules at the time of its 2019 initial public offering to 19 today. That progress has continued to expand what it sees as its total addressable market (TAM). The estimated TAM has grown from $25 billion initially to more than $100 billion today.

Crowdstrike grew revenue 77% in 2020, and that growth means analysts are expecting a lot. Any concerns about the rate of expansion, or a rise in interest rates, could make shares extremely volatile. As for the business, it could hardly be performing better.