Please ensure Javascript is enabled for purposes of website accessibility
Log In Help Join The Motley Fool
Free Article Join Over 1 Million Premium Members And Get More In-Depth Stock Guidance and Research
By Anders Bylund - May 5, 2021 at 7:36PM

A modified version of the familiar IPO drama played out last month, boosted by a promising product partnership with a leading toymaker.

Roblox actually skipped the traditional IPO process in favor of a direct listing, cutting a lot of red tape out of the proceedings. Among the many differences, direct listings don't come with mandated lock-up periods where insiders and pre-IPO investors can't sell their shares on the open market. But the stock offering was still co-managed by six different financial institutions, and the S1 filing included provisions that limited insider sales until at least 60 days after the initial filing anyhow. At least three of the underwriters opened their coverage of Roblox on April 5, all with some version of a buy rating and a price target more than 15% above the previous market day's closing price. Roblox shares raced as much as 7.4% higher that day alone.

A second spike followed the next week when toymaker Hasbro (HAS -0.82%) said that it will develop a line of toys and board games around the well-known graphics, themes, and story worlds of popular Roblox games. Goosed by this announcement, the stock closed 9.4% higher on April 13. 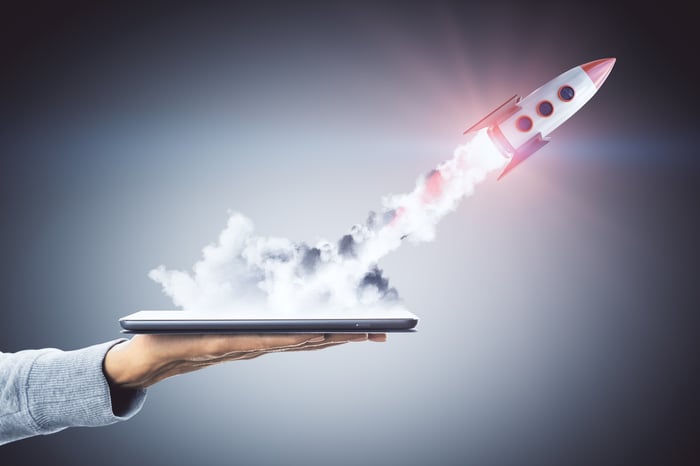 The bullish analysts on April 4 cited the company's diversified portfolio of gaming content, which by and large is developed and maintained by regular users and other third-party developers. Roblox has created a flexible business model with low capital costs and a highly committed user base, all of which point toward strong long-term growth and relatively low business risks. Growth investors should keep an eye on Roblox as the young company finds its footing on Wall Street.